Price of petrol in Delhi rose to its highest ever level of Rs 102.14 a litre 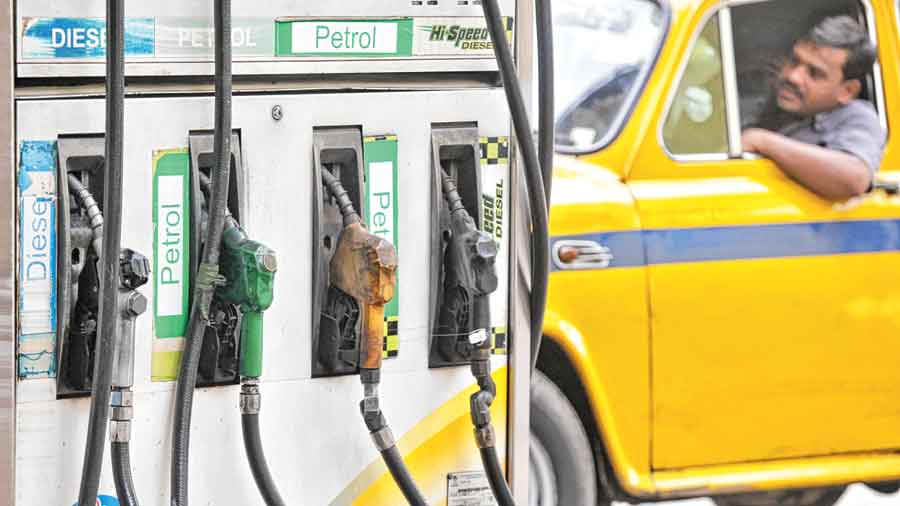 Petrol and diesel prices soared to new record highs across the country on Saturday after rates were hiked again by 25 paise and 30 paise a litre, respectively.

The price of petrol in Delhi rose to its highest ever level of Rs 102.14 a litre and to Rs 108.19 in Mumbai, according to a price notification of state-owned fuel retailers.

Prices differ from state to state depending on the incidence of local taxes.

The basket of crude oil India imports has averaged USD 78 per barrel in last few days.

The fourth increase in its rates this week has sent petrol prices above Rs 100 in most major cities of the country.

Similarly, the seventh increase in prices in nine days has shot up diesel rates above Rs 100 mark in several cities in Madhya Pradesh, Rajasthan, Odisha, Andhra Pradesh and Telangana.

In seven price increases since September 24, diesel rates have gone up by 1.85 paise per litre. Petrol price has increased by Re 1 per litre in four instalments this week.

When international oil rates fell in July and August, retail prices of petrol and diesel in the Delhi market were reduced by Rs 0.65 and Rs 1.25 per litre.

Prior to that, the petrol price was increased by Rs 11.44 a litre between May 4 and July 17. Diesel rate had gone up by Rs 9.14 during this period.

India is dependent on imports to meet nearly 85 per cent of its oil needs and so benchmarks local fuel rates to international oil prices.