Oil ministry to seek tens of millions of dollars from Cairn 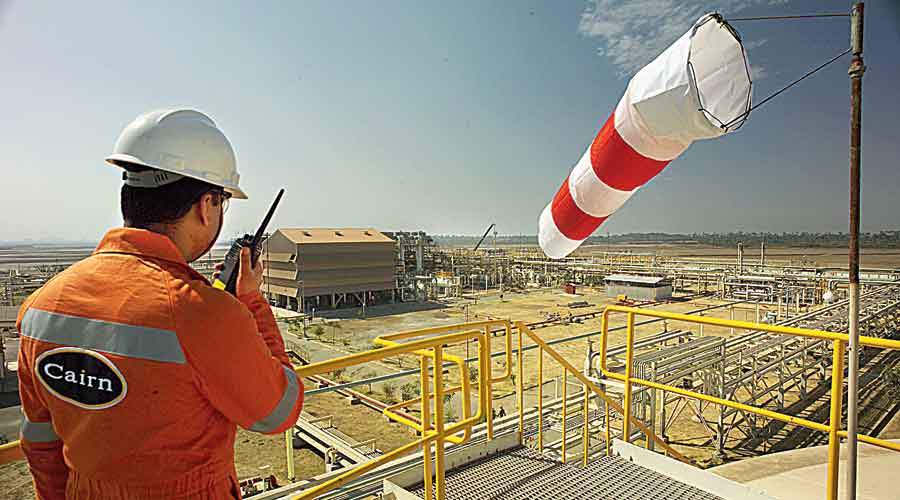 The oil ministry will seek tens of millions of dollars from Vedanta’s Cairn Oil & Gas after the Delhi high court held that the firm was liable to pay higher profit share to the government in lieu of its Rajasthan oil and gas block licence being extended beyond the initial term, a top official said.

In the interim, the firm’s Barmer basin block licence, whose initial 25-year term ended on May 15, 2020, has been given an eighth interim extension, the official, who wished not to be identified, said.

“Now that the Delhi high court has upheld the government policy, we will issue recovery notices seeking higher profit petroleum since May 15, 2020,” he said.

“The exact amount is being calculated but it will be in tens of millions of dollars.”

A company spokesperson said, “We are in the process of reviewing the court’s order, will assess any next course of action” after that.

The Union cabinet headed by Prime Minister Narendra Modi had in March 2017 approved a policy for the extension of production-sharing contracts (PSCs) for oil and gas blocks beyond their initial term. This policy provided that the government’s share of profit petroleum (earning from sale of oil and gas after deducting all expenses) would be 10 per cent more during the extended period.

Vedanta’s Cairn sought a 10-year extension of Rajasthan PSC, which the government approved. But the firm challenged in Delhi high court the condition for additional profit petroleum. A single judge bench of the Delhi high court in May 2018 upheld the company position that the extension has to be on same terms and conditions as the original licence.

The government challenged the order before a division bench, which on March 26 this year ruled that “there cannot be extension of the production sharing contract unconditionally, on the same terms and conditions which were prevailing 25 years ago i.e. on 15th May, 1995, the effective date”. It set aside the May 2018 single judge order.

“In effect what the Delhi high court has said is that the company has to pay higher profit share after May 15, 2020. So, the company is now liable to pay higher profit petroleum for the period they operate the block post May 15, 2020,” the official said. Vedanta, he said, has the option to not agree to the government condition and relinquish the block.