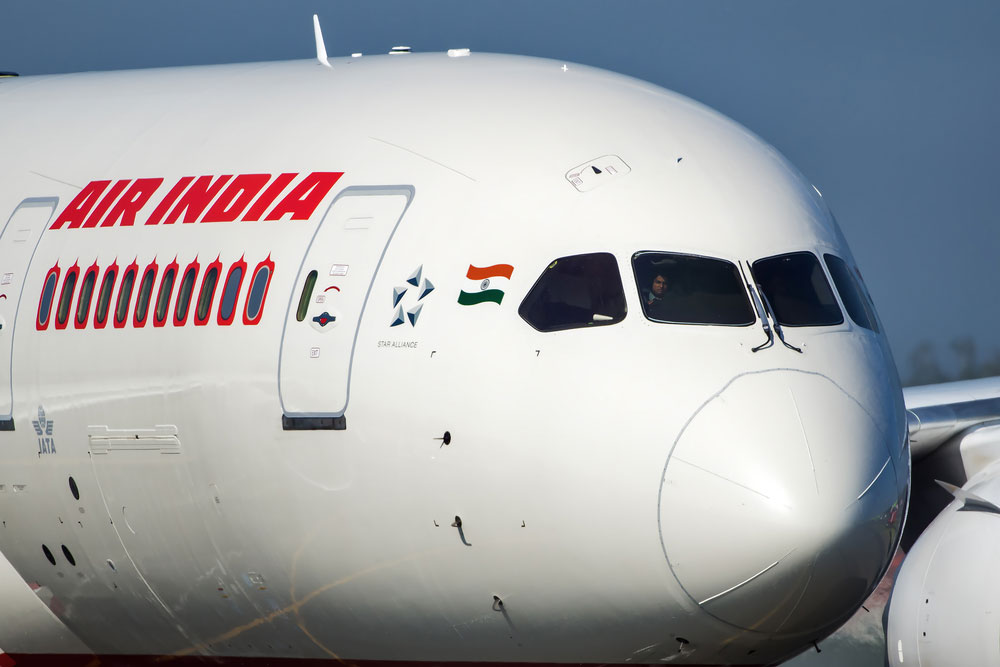 “The Union cabinet has approved to amend the extant FDI policy to permit foreign investment in Air India Ltd by NRIs, who are Indian nationals, up to 100 per cent under automatic route,” an official release after the Cabinet meeting said.
(Shutterstock)
Our Special Correspondent   |   New Delhi   |   Published 04.03.20, 08:58 PM

The government on Wednesday allowed NRIs, who are Indian nationals, to control up to a 100 per cent stake in national carrier Air India.

“The Union cabinet has approved to amend the extant FDI policy to permit foreign investment in Air India Ltd by NRIs, who are Indian nationals, up to 100 per cent under automatic route,” an official release after the Cabinet meeting said.

However, foreign investments in the national carrier, including that of foreign airlines, shall not exceed 49 per cent, either directly or indirectly, statement added.

The announcement comes just two weeks before the March 17 deadline for the submission of expressions of interest for the airline.

Rajiv Chugh, national leader, policy advisory and speciality services, EY India, said, “Allowing NRIs who are Indian nationals to invest up to 100 per cent is an excellent move to get the national airline moving again. This move will enable key players to take renewed interest in taking this cash-trapped sector forward.”

However, Mark Martin of Martin Consulting, said, “The global aviation industry is in a tailspin at this juncture with coronavirus adding to its woes. Banks would be wary to fund such acquisitions. The government seems to have got the sale timing wrong. The carrier has an enormous value… would be better to wait than engage in a garage sale.”

The release said substantial ownership and effective control of Air India shall continue to be vested with Indian nationals.

Allowing 100 per cent investment by non-resident Indians (NRIs) in the carrier would also not be in violation of SOEC norms. NRI investments would be treated as domestic investments, officials said.

Under the Substantial Ownership and Effective Control (SOEC) framework, which is followed in the airline industry globally, a carrier that flies overseas from a particular country should be substantially owned by that country’s government or its nationals.

At present, NRIs can acquire only 49 per cent in Air India. Foreign direct investment (FDI) in the airline is also restricted to 49 per cent through the government approval route. According to existing norms, 100 per cent FDI is permitted in scheduled domestic carriers, subject to certain conditions, including that it would not be applicable for overseas airlines.