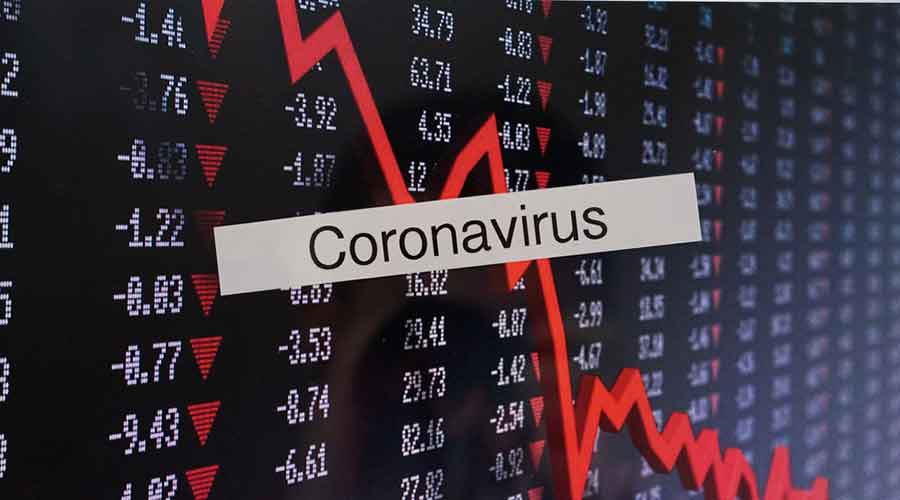 The domestic markets were closed on Wednesday on account of Ram Navami but cues from overseas bourses were not encouraging as a spike in Covid-19 cases, particularly in India and Japan, have re-ignited concerns about its impact on global recovery.

In Asia, while the Nikkei-225 plummeted 2.03 per cent, or 591.83 points, the Hang Seng index fell by around 1.76 per cent and South Korea’s Kospi was also in the red as it declined 1.52 per cent. However, the Dow Jones Industrial Average was trading in the green at the time of writing this report.

Meanwhile, crude futures extended declines from a one-month high on speculation that coronavirus restrictions in India, the world’s third-largest oil importer, will hurt energy demand. Gold was, however, perking up again as investors started to show growing signs of risk aversion. Spot gold rose to $1,783.89 per ounce, close to a seven-week high.

According to a report from Credit Suisse, there are signs of slowing goods movement in India which has also affected truck rentals on trunk routes.

Market circles feel equities are likely to remain under pressure because of the rising Covid-19 cases in the country leading to lockdowns. Already various brokerages have pruned their growth estimates for the year due to these restrictions which would hurt economic activity.

“It is, therefore, imperative that the vaccination roll out is faster,” an analyst said.

On Tuesday, the Sensex closed 243.62 points, or 0.51 per cent, lower at 47705.80, thus wiping out all gains accrued during the day while the same trend was seen in the Nifty which fell 63.05 points after rising over 167 points. This comes at a time India Inc have begun reporting numbers for the fourth quarter ended March 31, 2021. Though there have been no major disappointments, there are concerns that the current Covid surge may hit their earnings for the current fiscal.