The scrip closed at Rs 1,244.6 on Wednesday making it the third most valuable company among salt-to-software 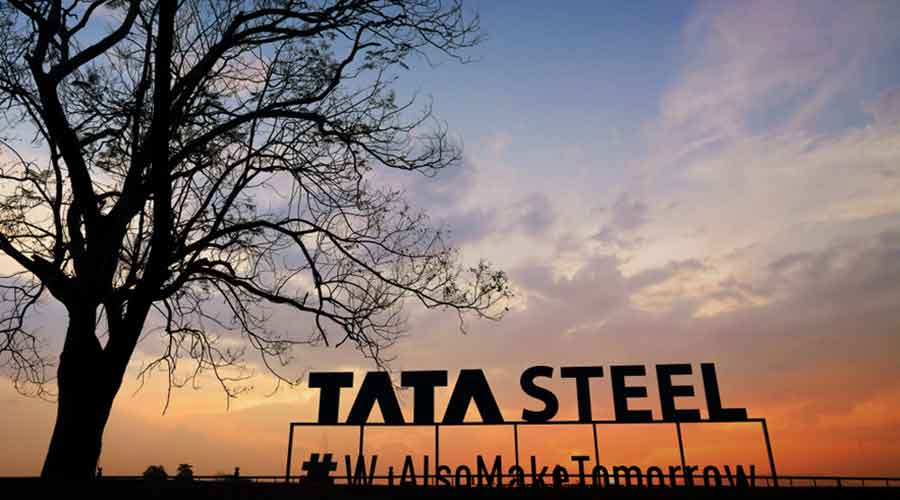 A sustained sectoral rally has powered the market capitalisation of the Tata Steel stock to a kissing distance of Rs 150,000 crore for the first time in the history of the company on a closing basis.

The scrip closed at Rs 1,244.6 on Wednesday making it the third most valuable company among salt-to-software Tata Group after Tata Consultancy Services (TCS) and Titan Company (see chart)

The stock has given a return of 269.73 per cent in the last one year — one of the top outperformers on the benchmark Sensex and Nifty 50.

Despite of the stupendous rally in the share price, most brokerages remain positive on the stock, asking clients to buy or accumulate more shares.

Motilal Oswal, however, has a neutral rating on the scrip with a target price of Rs 1,210.

JSW Steel is the most valuable among steel companies listed on the Indian bourses on a standalone basis.

However, Tata Steel would not be far behind if the four listed subsidiaries of the company are taken into consideration.

The breakout in the stock came after nearly a decade of under performance as the steel cycle dramatically changed from the third quarter of the last fiscal.

The margin reached unprecedented levels in the fourth quarter allowing Tata Steel to declare its highest ever dividend of Rs 25 a share, even after paring debt by over $4 billion.

The stupendous performance received praise from Ratan Tata, the chairman emeritus of Tata Group, who joined the last annual general meeting of the company to appreciate the performance of the management, led by chairman N. Chandrasekaran and aided by CEO & MD T.V. Narendran and ED & CFO Koushik Chatterjee.