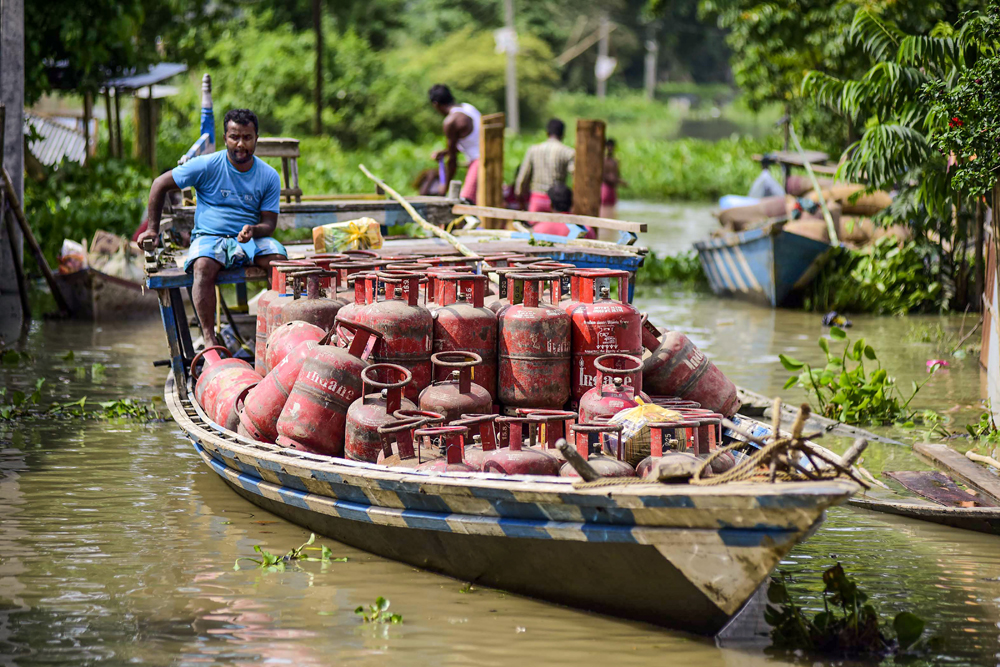 The LPG import pact with Bangladesh is expected to improve the availability of cooking gas in the northeastern states. The pact will also diversify the sourcing of LPG to meet the growing demand for the fuel in the country.

“This historic decision to import bulk LPG from Bangladesh will become the new face of the energy bridge between both our countries and will usher a new era of mutual growth and progress, resulting in increased employment and economic opportunities in both the nations,” petroleum minister Dharmendra Pradhan said in a tweet.

The memorandum of understanding (MoU) was signed during the visit of Bangladesh Prime Minister Sheikh Hasina to India.

Under the MoU, Omera Petroleum and Beximco LPG will export the fuel to state-owned Indian Oil Corporation, which will bottle and sell it to consumers.

The consignment will be shipped to Bishalgarh, a town in Sepahijala district of Tripura, through the Bibir Bazar border point in Comilla. Omera will initially export 1,000 tonnes of LPG per month, with the quantity going up to 3,000 tonnes over the next six months, industry officials said.

The drone attack on the Saudi oil facility had threatened to impact LPG supplies to India, which could have resulted in shortage of cooking gas and probable rationing of it.

Industry sources said the diversification of energy sources and additional supplies will enable energy firms to overcome such crisis.

Abu Dhabi National Oil Company (Adnoc) has also assured two additional cargoes of LPG to India to avoid a shortage because of higher demand during the festival period.

Kuwait, Qatar and Oman are the other traditional LPG suppliers to the country under term contracts.

“The phenomenal growth in LPG use will reduce India’s self-sufficiency to 42 per cent in 2025 from about 70 per cent in 2013,” said Aman Verma, a research analyst at Wood Mackenzie.

India imports almost a million tonne of LPG every month to meet the rising demand. Demand is expected to touch 35 million tonnes by 2031-32, according to some estimates.