A case to support big firms 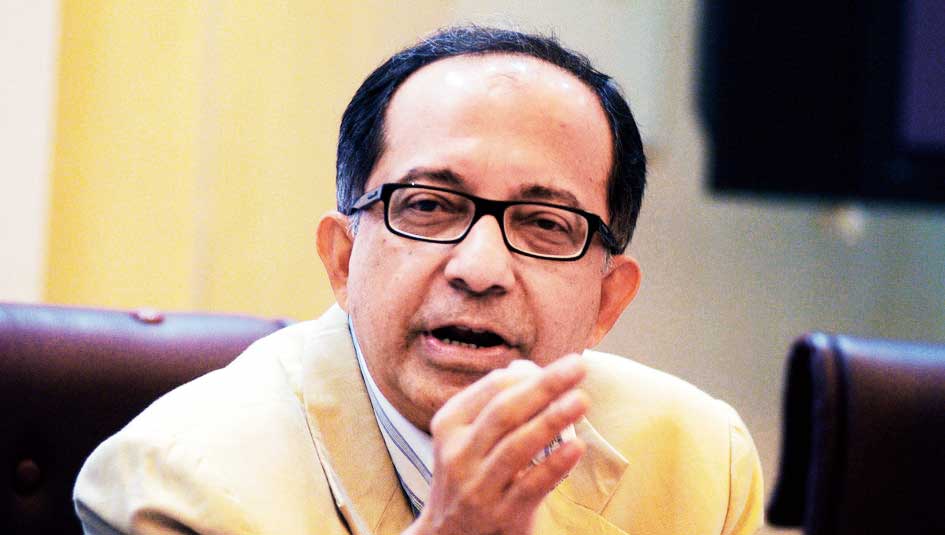 Kaushik Basu also warned that India should not slip back to the licence raj, which stifled economic growth before the reforms unleashed in 1991 as it slowly unwinds the strict lockdown measure to slow the spread of the virus.
Sourced by The Telegraph
|   Calcutta   |   Published 13.05.20, 11:28 PM

India has to make sure that large corporations also get adequate fiscal support from the government to confront the economic challenges thrown up by the pandemic, along with the small and medium firms, noted economist Kaushik Basu suggested.

The former chief economist of the World Bank also warned that India should not slip back to the licence raj, which stifled economic growth before the reforms unleashed in 1991 as it slowly unwinds the strict lockdown measure to slow the spread of the virus.

Basu, who was also the chief economic adviser to India between 2009 and 2012, said the government must provide food and healthcare to the poor as only direct transfer of cash would not be enough to shield them from the economic fallout of Covid-19.

Apart from prescribing what India should do to tackle the sagging economy at a webinar organised by the Bengal Chamber of Commerce & Industry, Basu pointed out how often during a crisis people perceive risk and danger wrongly, cautioning that if economy is allowed to languish, “it would come back to hit us very very badly”.

“We have to follow tough policies but we cannot allow that to become the norm and think of the worst case scenario as the scenario,” Basu noted

India, along with many other emerging economies, has one of the lowest crude mortality rate per million population in the world, he pointed out.

While Basu, professor of economics in Cornell University, US, was speaking this afternoon, Union finance minister Nirmala Sitharaman announced a Rs 3.6 lakh crore fiscal package directed only to support the small and medium sector of the country.

He pointed out that small firms would not survive if big firms crash because they are intricately interconnected.

“At this time the debate is not about big firms or small firms. What people misunderstand, that it is highly interlinked economy that we live in. If we just pay attention just to the small firms, ignore the big ones saying if they crash they crash, in no time the small firms will also crash because a lot of the work that the small firms do, informal sector or SHGs do, is connected to the big corporations. At this point of time the government has to give direct immediate support to the poor but we have to make sure that big firms function as well,” Basu said.

Apart from providing financial support and subsidies to the firms, they should be allowed space to prosper and not let bureaucrats and police interfere at every stage, as reports suggest happened during the enforcement of the lockdown.

“In 1991, the licence raj was scrapped. Right now there is a bit of risk...We can’t afford to slip back to that. We cannot have a system where we have to take permission for everything. We have to quickly unwind and allow people to have space,” Basu said. He said that the market’s “invisible hand” — a term coined by Scottish philosopher and economist Adam Smith — should be allowed to function and the government should not try to control it.

“It will be a disaster if you have top down control trying to run the economy. The invisible hand cannot be replaced,” he said.

“We can’t afford to make mistakes and face a setback. Global players are worried about India. In March $16 billion capital exited, biggest in a month. There are economies in the world, which are ready to grow and develop. We know there are global businesses which are ready to move into other countries. Vietnam, South Korea and Taiwan are doing well. India has to be careful,” he signed off.