Mustafa Jabbar, Bangladesh's telecommunication and IT minister, delivered his address in Bengali, in a departure from the norm 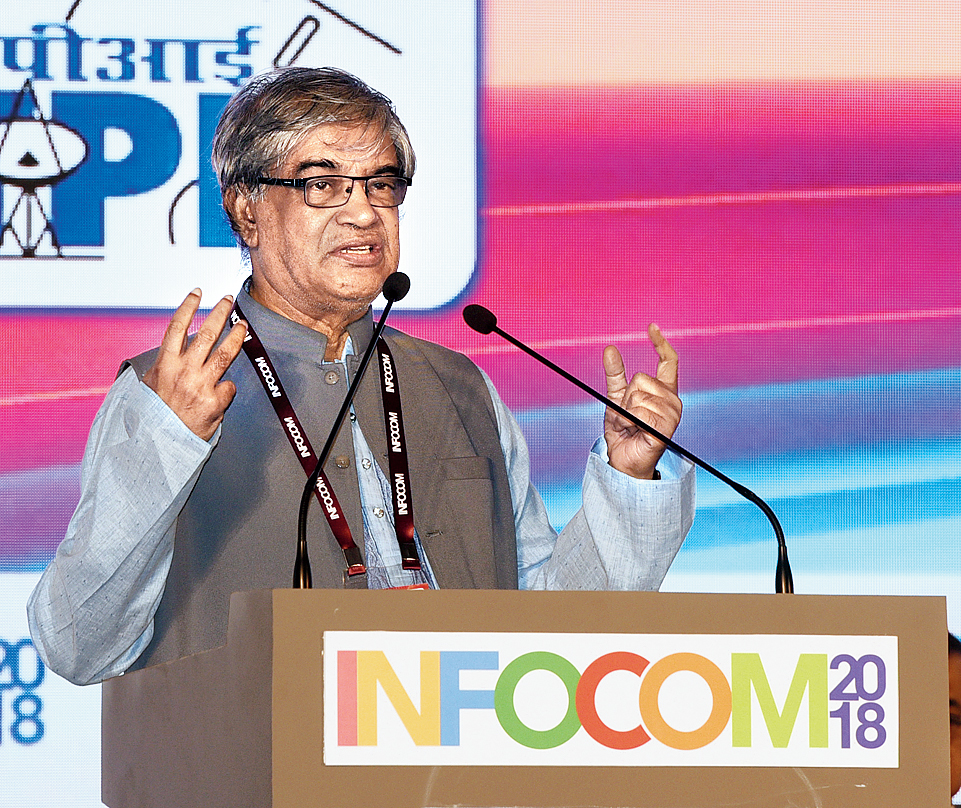 The audience was ready for another geek-speak, but the man in kurta-pajama at the lectern belied the expectation through his 20-minute address.

Mustafa Jabbar, minister in-charge of post, telecommunication and information technology in Bangladesh, delivered his address in Bengali, the use of mother tongue being the first departure from the norm. He did apologise to those not comfortable with Bengali and stressed that languages would not be a barrier in a few years even as the audience at Infocom, the biggest information, communication and technology exposition in the east, organised by the ABP Group, appreciated his story-telling style of address.

“Today is December 6, the day Bangladesh got the recognition of an independent country. I recall the support that India extended to my country in our war of independence. On this day, I had stepped into my country,” Jabbar, a minister in the cabinet of Sheikh Hasina, said, adding a historical nugget to the conference of gigabytes and terabytes.

Keeping with the theme of this edition of Infocom — When Digital Becomes Human — he went on to describe how his country of more than 16 crore has embraced technology under the leadership of Sheikh Hasina.

Bengal IT minister Amit Mitra lights the inaugural lamp at Infocom 2018 as D.D. Purkayastha (third from right), MD & CEO of ABP Pvt Ltd, and others look on in Calcutta on Thursday.
Picture by Pradip Sanyal

“More than three hundred government services across 53 departments are delivered digitally… Around 40 per cent financial transactions are performed digitally. Everyday, mobile phones are used for transactions worth Bangladesh Taka 1,024 crore,” he said, rolling out the details of a digital Bangladesh.

The journalist-turned-politician stressed that countries such as India or Bangladesh, where the IT sector is dependent on outsourcing from the developed world, have to move up the value chain and develop their own products. “Amra ar kotodin kamlagiri korbo (How long will we work like daily wage earners)?” he asked, prompting a section of the Bengali-speaking audience to search for an online dictionary to find out what he meant.

Kamlagiri can be loosely translated as daily wage earning activity and is used more in Bangladesh.

He pointed out that technology cannot be an unmitigated bliss. “If the drivers loose job because of remote-driven cars, I won’t be comfortable… If the women working in the readymade garment sector in my country lose their jobs to robots, it would be a blow,” said the minister, before adding that creating jobs for educated youths was the biggest challenge in today’s world.

He underscored another challenge. “The time has come to throw the existing education system, which we inherited from the British, to the Bay of Bengal… Revamping the education system to suit the needs of digital era is the biggest challenge,” he signed off in style.