GST council slashes tax rates on Covid medicines, equipment but not on jabs 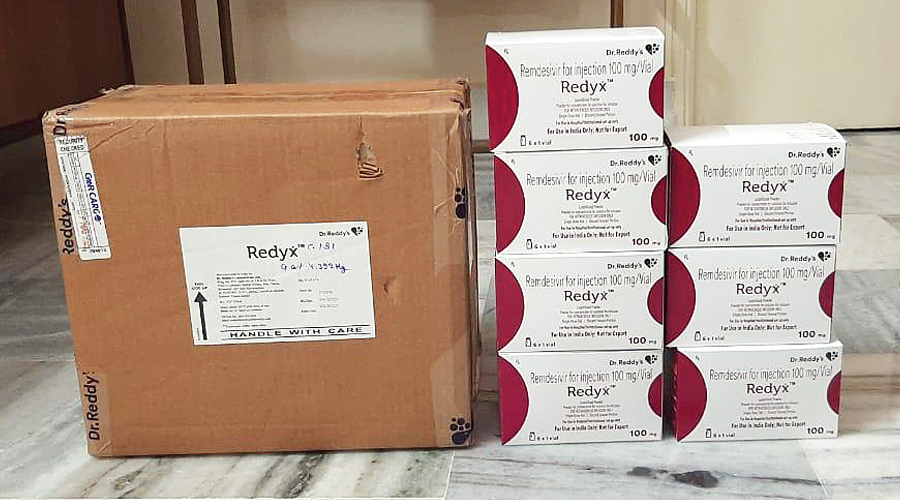 The GST Council on Saturday slashed tax rate on COVID-19 drugs such as Remdesivir and Tocilizumab as well as on medical oxygen and oxygen concentrators but ignored demands for reduction in taxes on vaccines.

The Council, acting on the recommendation of a group of ministers from different states, cut to nil GST on COVID-19 drug Tocilizumab and black fungus medicine Amphotericin B, from existing 5 per cent. Besides, hand sanitiser, pulse oximeter, BiPAP machine, testing kit, ambulance and temperature check equipment were among the 18 items on which GST rates were lowered.

A 5 per cent GST levy on vaccines will continue which will allow manufacturers to get benefit of settling taxes paid on inputs.

Finance Minister Nirmala Sitharaman explained that the 5 per cent levy will not put any additional burden on common man as the government was procuring all vaccines and giving them to citizens for free.

The reduced tax rates were based on a recommendation of a group of ministers, headed by Meghalaya Deputy Chief Minister Conrad Sangma, and would remain effective till September 30, 2021.

Goods and Services Tax (GST) rate on Covid vaccines was, however, retained at 5 per cent as the Council felt that majority of the vaccine procurement was being done by the Centre and given free to people.

"Central government is purchasing 75 per cent and is paying GST also. But the impact of this GST on people will be nil since people would be getting vaccines free of cost at government hospitals. Centre is purchasing and it is given free to people," Sitharaman said.

Revenue Secretary Tarun Bajaj said vaccines would continue to attract 5 per cent rate and the GST Council discussed that the Centre is purchasing all the vaccines -- at least 75 per cent is being purchased by the Centre.

"The GST will also be borne by the Centre. But out of the income from GST, 70 per cent will be shared with the states... As far as people are concerned who are coming to get their inoculation done, it is tax free. It is not an issue with the people, they are not paying any tax, cost of the vaccine. So it is free for them," Bajaj said.

He said the notification of lower GST rates would be issued "tomorrow or day after".

While GST on Tocilizumab and Amphotericin B is slashed to nil from 5 per cent, the rate on Remdesivir and anticoagulants like Heparin is lowered from 12 per cent to 5 per cent. GST rate on ambulance has been cut to 12 per cent from 28 per cent.

Tax on medical grade oxygen, oxygen concentrator (including personal imports), ventilators, BiPAP machines and high flow nasal cannula (HFNC) devices has been cut to 5 per cent from 12 per cent.

Also, tax on Covid testing kits, pulse oximeter (including personal imports) has been brought down to 5 per cent from 12 per cent. Hand sanitisers, temperature check equipment, gas/electric furnaces for crematoriums too will attract lower 5 per cent tax, compared to 18 per cent earlier.

In the previous meeting of the GST Council on May 28, taxes on COVID-19 vaccines and medical supplies were left unchanged after the BJP- and Opposition-ruled states sparred over whether the tax cut benefits will reach the common man. An 8-member GoM, under Sangma, was set up to recommend GST rate on Covid essentials.

To a query on Congress saying that they were not made part of the GoM, Sitharaman said, "... I don't want to comment on what was said outside. In the Council, the three Congress ministers said that in the future at least you should consider having us in GoM. The selection into a GoM is never made on party basis, neither is the exclusion. There are several GoMs and several ministers are made members of the GoM. All states are given representation in one or the other GoM. Neither the inclusion, nor the exclusions happen on political party affiliations."

Industry chamber PHDCCI said the calibrated reduction in the rates of GST on Covid relief essentials will go a long way in treating Covid cases and to provide required relief for treatment of infections.

"PHDCCI looks forward to the continued reform measures by the government to mitigate the daunting impact of Covid on people and to make India free from the pandemic," it said in a statement.

EY Tax Partner Abhishek Jain said majority population will not be affected on account of no GST rate cut on COVID vaccines as most people are opting for free of cost vaccinations from the government.

"For the limited few considering getting vaccinated at the private hospitals, the 5 per cent GST will continue to be a cost," Jain added.

Deloitte India Partner Mahesh Jaising said with a growing demand for vaccines, while a deemed export option could have resulted in zero taxes for domestic vaccines, the GoM seems to have taken a balanced approach of retaining it at 5 per cent. "This is particularly as the GST credit chain is not broken and in any case, a significant portion of vaccine procurements is by the government itself," he said.