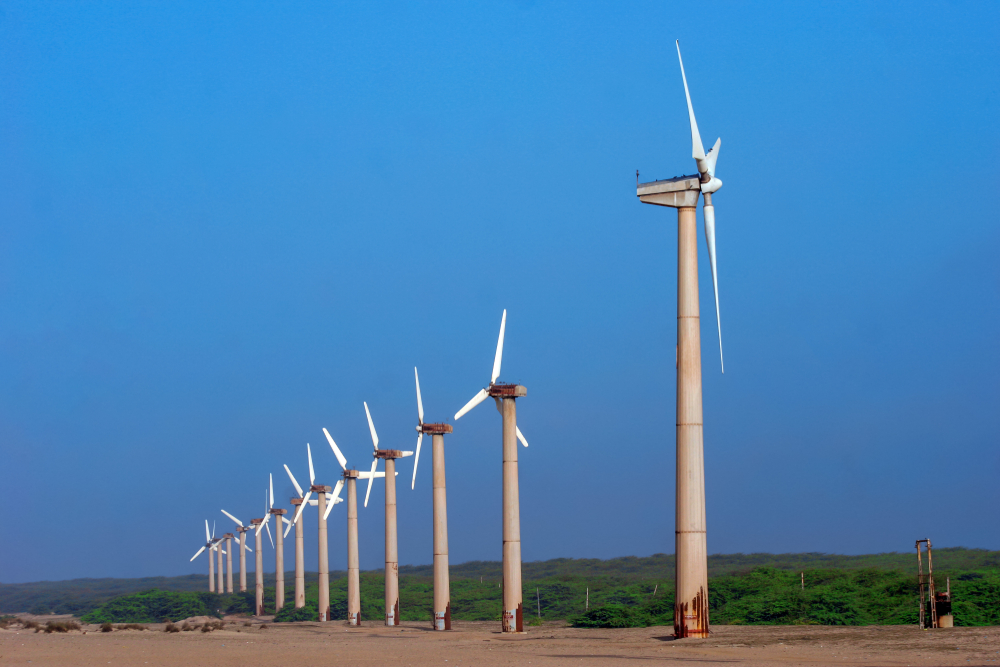 Solar and wind power, which constitutes 40 per cent of the total installed capacity, is variable in nature as it is susceptible to changes in the weather pattern.
Shutterstock
A Staff Reporter   |   Calcutta   |   Published 22.12.19, 07:54 PM

The government’s ambitious target to meet more than half of India’s energy requirements from renewable sources within 10 years rests on a stable grid network that can meet the fluctuations in weather patterns.

According to an Assocham-Pwc study, the feasibility of ramping up the contribution of renewable energy to 54 per cent of the total energy mix by 2029-30 depends on a back-up solution that can stabilise the grids, irrespective of the weather conditions.

The central government has set a target to expand the renewable energy capacity to 450GW by 2030 from 78GW in 2018. The total generation capacity is expected to jump to 831GW from 356GW, largely driven by renewables, comprising solar, wind, biodegradable power and small hydroelectric projects.

But solar and wind power, which constitutes 40 per cent of the total installed capacity, is variable in nature as it is susceptible to changes in the weather pattern.

The study shows renewable energy generation is the highest between June and July and the least in November.

As a result of the variable nature, the present system has less time to react to power deficits. Therefore, an additional balancing capacity is essential to ensure the reliability and stability of grids, according to the report.

A CEA study also states that thermal power plants will have to operate at below 55 per cent minimum thermal load in most months of 2022 to integrate renewable energy into the grid.

“If the target of 450GW is met, renewable energy will account for 54 per cent of the generation mix. This will have an impact on grid stability. At present, the sector only uses slow tertiary reserves to meet the ramp up/ramp down requirement. Flexible reserves such as pumps, batteries and ancillary services are needed to meet the net load and maintain grid security and stability,” the report said.

The report added that there was a need to strengthen the short-term and ancillary power market regulations and co-ordinated scheduling and dispatch of power to maintain grid security.

“The regulatory and market framework in India is still emerging and there is a need to incentivise other forms of grid balancing services,” said Yogesh Daruka, partner — energy, Pwc.

The report has also called for the introduction of UDAY 2.0 to aid the revival of the financial health of discoms as well as amendments to tariff policies to pave the way for the advancement of the distribution sector.