Graphite India, India's largest maker of graphite electrode, has earned nearly as much profit in the first quarter of 2018-19 as it did in the entire last fiscal. 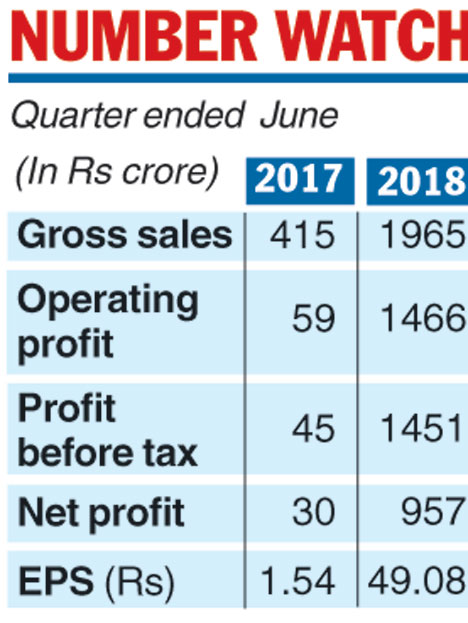 Calcutta: Graphite India, India's largest maker of graphite electrode, has earned nearly as much profit in the first quarter of 2018-19 as it did in the entire last fiscal.

Driven by an unprecedented spike in margins, the Calcutta-based company recorded Rs 957 crore in net profit for the April-June quarter. It had earned Rs 1,032 crore in profits on a consolidated basis in 2017-18.

However, the management of the KK Bangur flagship, warned investors that the impact of higher cost of raw material needle coke would kick in from this quarter.

"In 2017-18, our revenue and margin growth was held back by the timing of the fulfilment of certain low price contracts both in India and Germany. With the tapering of such contracts, improvement in margins was reflected in the current results.

However, the full impact of the rise in the price of needle coke has not yet logged in because of the lag in the production cycle. Our German operations have also shown strong performance, which has contributed further to the bottom line. Capacity utilisation is expected to increase in subsequent quarters," K. K. Bangur, chairman of Graphite India, said while commenting on the result.

Around 56 new electric arc furnaces, which use graphite electrode, are expected to come online in 2018 with an aggregate capacity of 60-70 million tonnes steel production.

Additionally, recent closure of 2,00,000-3,00,000 tonnes of electrode capacity led to shortage of electrodes. These factors have resulted in an increased demand for graphite electrodes.