Food retail prices up in July 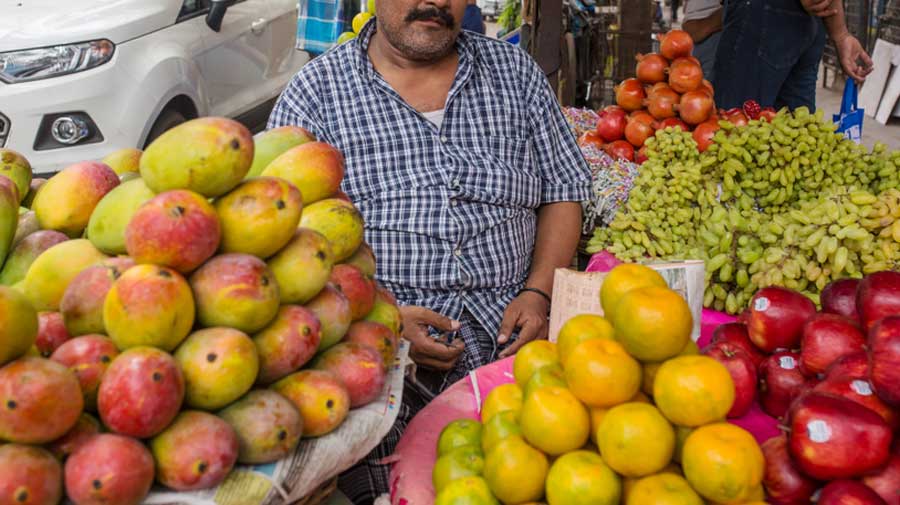 The government suspended the release of CPI inflation headline numbers for April and May due to insufficient data during the lockdown
Shutterstock
Reuters   |   Bangalore   |   Published 12.08.20, 04:18 AM

India’s retail inflation edged up slightly in July due to higher food prices, remaining firmly above the RBI’s medium-term target of 4 per cent for a 10th straight month, a Reuters poll showed.

Food prices, which account for nearly half the inflation basket, have soared since April because of supply-side disruptions caused by a nationwide lockdown imposed to contain the spread of the coronavirus.

While the central government gradually eased restrictions in June, regional lockdowns in some major agricultural producing states continued to disrupt supplies of essential perishables like fruits and vegetables.

The August 6-10 Reuters poll of over 45 economists showed Indian retail inflation rose to 6.15 per cent last month from 6.09 per cent in June.

The government suspended the release of CPI inflation headline numbers for April and May due to insufficient data during the lockdown.

The RBI kept interest rates on hold last week after reducing the repo rate by a total of 115 basis points since February - despite a recent rise in retail consumer prices - but said it would ensure inflation remains within target.

According to the RBI’s latest survey, household inflation expectations for the three-month and one-year horizons rose to over 10% in July, suggesting Asia’s third-largest economy could enter a period of stagflation - a phase with lofty inflation, high unemployment and stagnant demand.

“With inflation expected to remain elevated on supply side disruptions, we think a rate cut is more probable in December,” said Rini Sen, India economist at ANZ.

“We expect food prices to abate likely from September onwards, once the rabi crop (summer harvest) enters the market.”

Monsoon rains, which are critical for farm output and economic growth, are expected to be 104% of a long-term average in August and September, indicating bumper harvests and helping to alleviate the economic damage caused by the coronavirus pandemic.