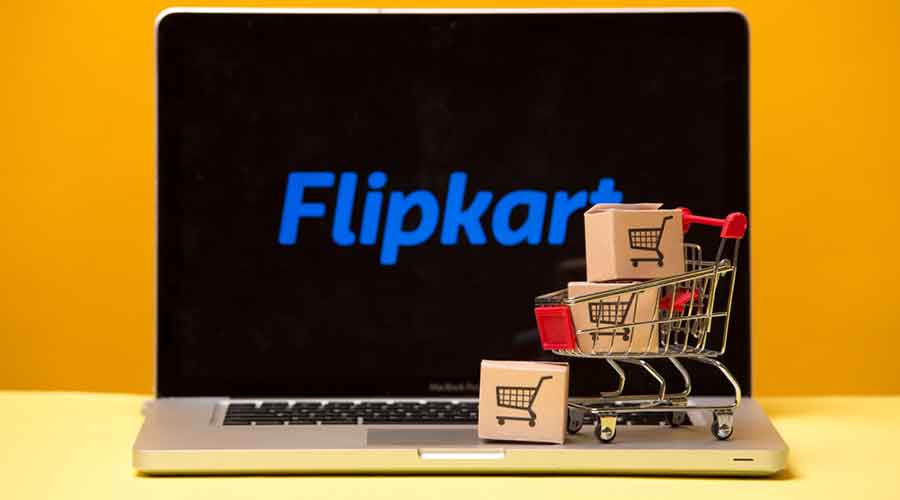 A statement from Flipkart said the focus at present is on growth and democratising commerce in India through technology, while continuing to unlock customer value
Shutterstock
Our Special Correspondent   |   Mumbai   |   Published 08.12.20, 02:32 AM

Online retail giant Flipkart is making preparations for an initial public offer — after some years of swarming speculation on its on-again, off-again fund-raising plans through this route.

Media reports said the Walmart-owned company is reportedly eyeing a $10 billion IPO and has hired Goldman Sachs for the exercise.

A statement from Flipkart said while an initial public offering has always been part of its long-term strategy, the focus at present is on growth and democratising commerce in India through technology, while continuing to unlock customer value.

This possibility comes just days after it announced a “partial spin-off’’ of PhonePe.

A statement from the firm said that in the latest funding round, PhonePe is raising $700 million (about Rs 5,172 crore) in primary capital at a post-money valuation of $5.5 billion from existing Flipkart investors, led by Walmart. It added that Flipkart will remain PhonePe’s majority shareholder, and the two businesses will retain their close collaboration.

In 2018, Walmart had announced that it was acquiring a 77 per cent stake in Flipkart, valuing the latter at around $21 billion.

In a regulatory filing, Walmart had said it was open to an initial public offer in Flipkart in four years if demanded by the minority shareholders.

In India, Flipkart competes with Amazon and Mukesh Ambani led JioMart. In July, it had raised $1.2 billion from Walmart and other existing investors, which had then valued the e-tailer at $24.9 billion.

According to a BofA Securities report, the online retail market is worth $33 billion, where Amazon and Flipkart hold an 80 per cent market share, with Reliance gradually emerging as a competitor.

The report said the battle for market share will focus on how the big players can bring the small grocers within their fold.

Flipkart last week had launched the 2GUD Local platform to bring small and traditional retail businesses as its partner.

The new format will offer offline stores, brands and shopping destinations an opportunity to unlock the benefits of technology and a hybrid retail model.

“In our view, digitalising these kiranas (small grocers) is a gradual process and could take five--plus years. Amongst all companies, we find RIL’s strategy well-articulated and clear. But even it has to build on trust,” the analysts of BofA Securities said.

“Amazon and Flipkart are currently looking at the kiranas (small grocers) as a last-mile delivery place. As things stand now, the online commerce competition is largely between Amazon, Walmart-backed Flipkart... Reliance is emerging as a formidable competitor in the online space,’’ the analysts said.

They added that each of the companies bring their own strength —  Amazon has global expertise with better technology, and Flipkart  is strong in fashion and electronics. RIL could leverage its offline presence to deliver an omni-channel experience.