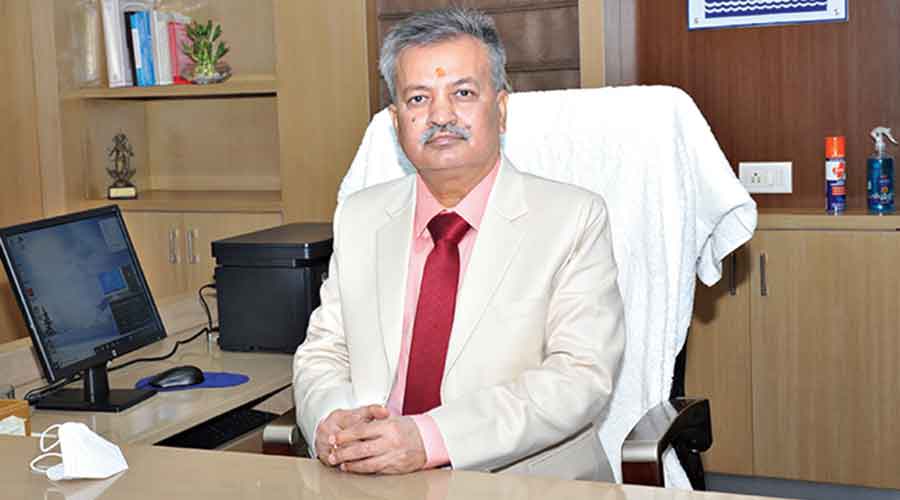 Damodar Valley Corporation hopes to be close to the generation target set by the Central Electricity Authority by the end of the current fiscal despite the setback in the first quarter following the pandemic and the subsequent lockdown.

The generation target in 2020-21 for DVC units across Bengal and Jharkhand was 38,600 million units (MU), according to CEA records. Ram Naresh Singh, who had assumed charge as the chairman of DVC in January, said the overall generation by March-end would be close to the target.

“In the first quarter of 2020-21, we lost around 3400 MU of generation. We have tried to make up for that loss by maximising our generation and maintaining good coal reserves and scheduling. I am sure with the level of generation we are maintaining today, in February itself we will exceed 34,000 MU and by March we would be in a position to touch 38,000 million units,” Singh said.

DVC had generated 37,200 MU in 2019-20. Plant load factor, a measure of generation efficiency, has also improved to around 61 per cent after falling to 47 per cent in the first quarter.

Singh, who was earlier with Power Grid Corporation as executive director, said generation improved despite the challenges faced in the maintenance and overhauling of units that were deferred because of the pandemic.

“We have found that certain units are in a very critical condition and we must maintain those units before the summer season when demand is expected to pick up,” Singh said. Around 500MW capacity is in the pipeline for overhaul at Mejia in Bankura district of Bengal and Chandrapura in Bokaro district of Jharkhand.

“We have set a target to have both units running by March so that in the first quarter all our units will be available for operation,” said Singh.

He added that his focus for the corporation is to scale up capacity and increase revenue and efficiency while addressing the challenge of reducing cost.

“Today we are a 7,000MW company. Going forward some units may get retired because they are old units. So, we have to go for further capacity addition. By 2030, our company should be 10,000MW plus,” he said. New capacity is expected in the renewable sector with a 1500MW pump storage project in the pipeline near Bokaro and the corporation is also exploring opportunities in the solar field.

Singh said mining is another area where the corporation wants to make inroads. It has two blocks under development - Tubed in Jharkhand and Khagra Joydeb in Bengal - with a combined capacity of 9 million tonnes per annum. At present, DVC consumes around 23-25 mtpa of coal.

“We are targeting to start mining by this year's end. Once we have our coal mines operational, our energy charge would be reduced and we will be more competitive,” Singh said. DVC is expecting stage 2 forest clearance for Tubed by March end, but progress on Khagra Joydeb is expected after the election in Bengal.

The immediate challenges, however, are managing high interest payments and recovering dues from Jharkhand state discom. Singh said DVC has initiated discussion with bankers on credit lines at lower interest and is looking to retire short-term debt of around Rs 7,000 crore through cash flow. “We are also constantly in discussion with Jharkhand who are also stakeholders of DVC to clear the monthly bills,” he said.