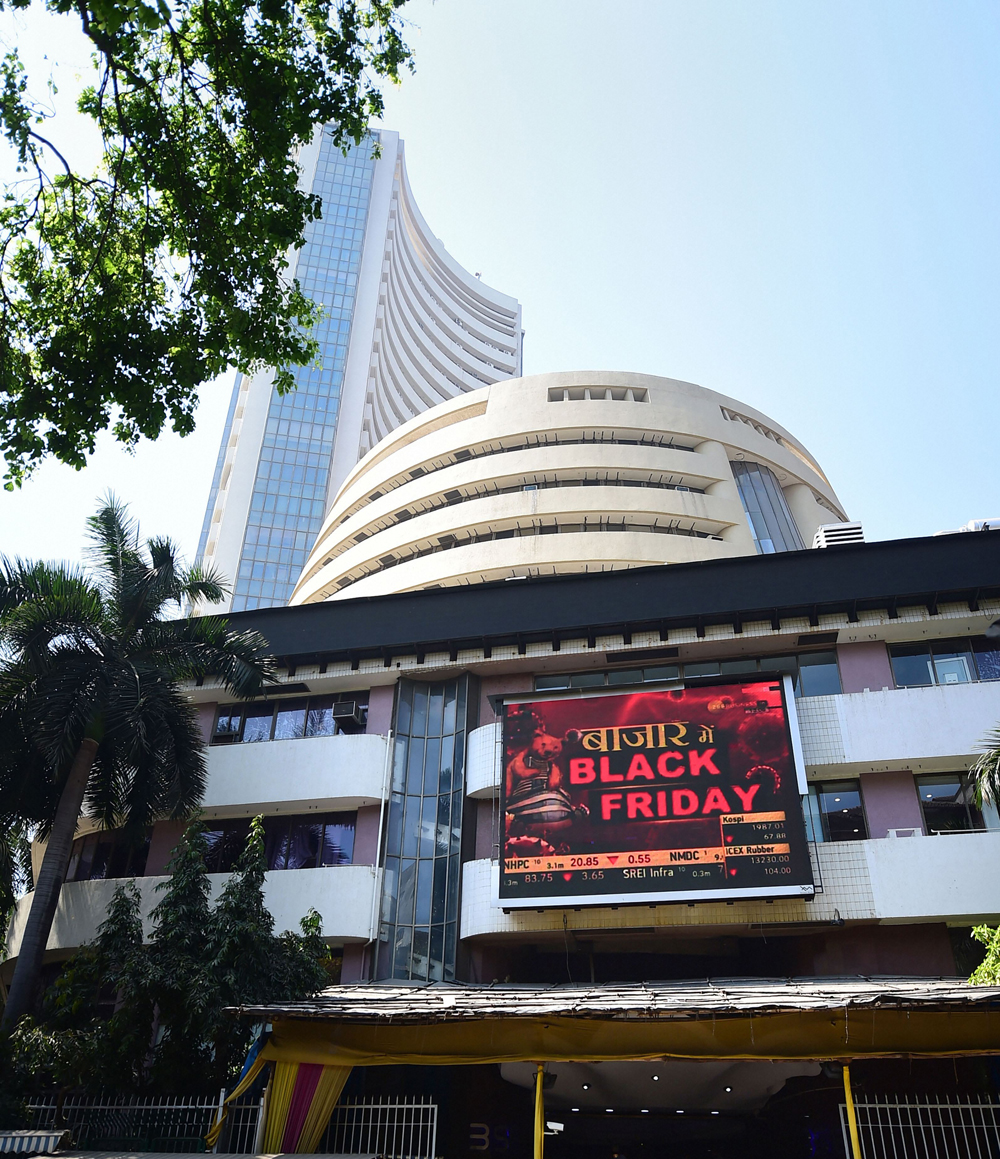 Indian shares sank on Friday for a sixth straight session, capping their worst week in more than a decade, over fears that the fast-spreading coronavirus outbreak could trigger a global recession.

The carnage in the equity markets wiped out investor wealth worth Rs 5,45,452.52 crore, with the total market capitalisation of BSE-listed companies standing at Rs 1,46,94,571.56 crore.

Barring ITC, all Sensex stocks finished with losses on Friday. Tech Mahindra plunged 8.14 per cent, followed by Tata Steel (7.57 per cent), Mahindra and Mahindra (7.50 per cent), HCL Tech (6.98 per cent), Bajaj Finance (6.24 per cent) and Infosys (5.95 per cent). All BSE sectoral indices ended in the red, with metal, IT, tech, basic materials, industrials, energy, finance, auto and bankex skidding up to 7.01 per cent.

“The increase in new virus cases is diluting investor wealth across the globe. On the domestic front broad-based selling was witnessed with sectors having global exposure such as metals & IT being impacted the most.

“The market is yet to quantify the exact economic impact of the on-going virus concerns but further acceleration could pose a risk in the short to medium term,” said Vinod Nair, head of research at Geojit Financial Services.

The rupee on Friday plunged 63 paise to settle at a nearly six-month low of 72.24 against the US dollar.

At the interbank foreign exchange market, the local currency opened lower at 71.90 to the US dollar and hit a low of 72.29 in day trade. It finally settled at 72.24, showing a loss of 63 paise — the biggest single-day loss since September 13, 2019. The closing level is the lowest since September 3.