More than 90 countries have asked for emergency funding from the IMF to respond to the pandemic: IMF MD 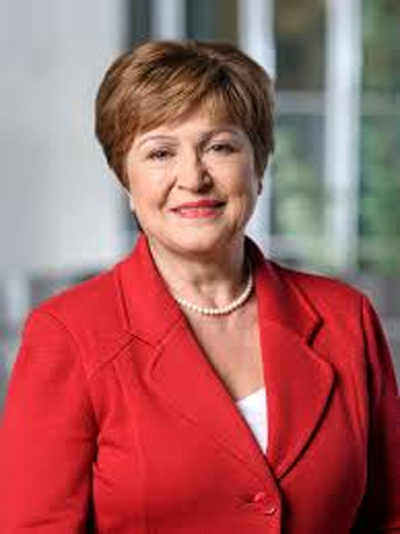 The coronavirus pandemic has brought the global economy to a standstill and plunged the world into a recession that will be “way worse” than the global financial crisis a decade ago, the head of the International Monetary Fund said on Friday, calling it “humanity’s darkest hour.”

The IMF’s managing director, Kristalina Georgieva, speaking at a rare joint news conference with the leader of the World Health Organization (WHO), called on advanced economies to step up their efforts to help emerging markets and developing countries survive the economic and health impact of the pandemic.

“This is a crisis like no other,” she told some 400 reporters on a video conference call. “We have witnessed the world economy coming to a standstill. We are now in recession. It is way worse than the global financial crisis” of 2008-2009.

World Bank president David Malpass echoed her outlook in a post on LinkedIn, writing, “Beyond the health impacts from the Covid-19 pandemic, we are expecting a major global recession.”

More than 1 million people worldwide have been infected with Covid-19, the disease caused by the virus, and more than 53,000 have died, a Reuters tally showed on Friday.

Georgieva said the IMF was working with the World Bank and WHO to advance their call for China and other official bilateral creditors to suspend debt collections from the poorest countries for at least a year until the pandemic subsides.

She said China had engaged “constructively” on the issue, and the IMF would work on a specific proposal in coming weeks with the Paris Club of creditor nations, the Group of 20 major economies and the World Bank for review at the annual Spring Meetings, which will be held online in about two weeks.

In his posting, Malpass said a debt standstill could begin on May 1, providing added liquidity for the poorest countries as they battle the disease.

During the suspension period, he said, the World Bank and the IMF could evaluate the sustainability of those countries’ debt and the possible need for a debt reduction by official creditors and commercial creditors.

Emerging markets and developing economies have been hard hit by the crisis, Georgieva said, noting that nearly $90 billion in investments had already flowed out of emerging markets, far more than during the financial crisis. Some countries are also suffering from sharp drops in commodity prices.

More than 90 countries — nearly half the IMF’s 189 members — have asked for emergency funding from the IMF to respond to the pandemic, she said.

The IMF and WHO have called for emergency aid to be used mainly to strengthen health systems, pay doctors and nurses, and buy protective gear.

Georgieva said the IMF stood ready to use as much of its “war chest” of $1 trillion in financing capability as needed.

“This is, in my lifetime, humanity’s darkest hour — a big threat to the whole world — and it requires from us to stand tall, be united, and protect the most vulnerable of our fellow citizens,” she said. Reuters