The increase in retaliatory tariffs has hit French and German produce 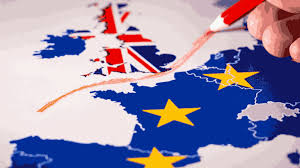 Britain said earlier this month it would use its new-found freedom outside the European Union to diverge from a common EU trade policy towards the United State
Shutterstock
Reuters   |   London   |   Published 01.01.21, 01:26 AM

Britain said on Thursday its decision to suspend retaliatory tariffs against the United States was already bearing fruit after it was spared in a new round of US tariff increases which hit French and German produce.

Britain said earlier this month it would use its new-found freedom outside the European Union to diverge from a common EU trade policy towards the United States, deciding to unilaterally suspend tariffs relating to a 16-year dispute on aircraft subsidies.

The US government on Wednesday said it would raise tariffs on certain EU products, including aircraft components and wines from France and Germany, arguing that the EU had unfairly calculated its own tariffs.

“The UK wasn’t hit because we suspended tariffs and brought the US to the negotiating table,” a British official said.

“(This) shows we are making the right strategic decisions,” he added.

The United States and the EU have already imposed tariffs on billions of dollars of each others’ goods over a row about state subsidies provided to civil aviation firms Boeing and Airbus. Those tariffs remain in place.

British trade minister Liz Truss has repeatedly spoken out against the measures, earlier rounds of which have hit British exports such as Scotch whisky.

Germany has also recently called for a quick resolution to the dispute.

The British decision to suspend tariffs on US goods from January 1, once Britain fully leaves the EU, upset European planemaker Airbus and exposed a growing rift between the UK and Europe over aerospace investment, industry sources and analysts said. Reuters