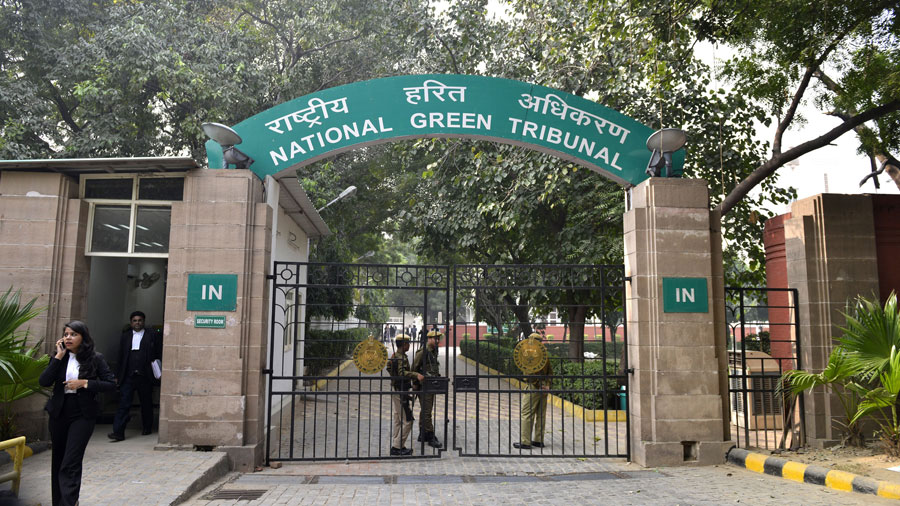 The Birla Corporation stock tanked more than 6 per cent on Monday after the National Green Tribunal barred it from mining limestone at Chittorgarh and near the Bassi wildlife sanctuary. The move has affected the operations of the Chanderia cement unit in Rajasthan.

Though the company maintained that there would be no “material impact” of the order and it had “sufficient reserves” outside the area where the ban was imposed, the market was not convinced.

Birla Corporation, the flagship of the MP Birla group from Calcutta, claimed there would be no impact.

“We have taken effective steps to ensure that no mining takes place in the area that may fall within the above-mentioned limits. We do not anticipate any material impact on the current operations. The company has sufficient reserves in areas outside the limits imposed by the order,” a spokesperson of Birla Corp said in response to a query raised by this newspaper.

The NGT cited air pollution from open cast mining in over 4,600 hectares by multiple players around Chittorgarh city for the suspension order. Combined production from this site is 11.22 million tonnes.

The NGT order piles on a litany of woes faced by the company’s 4-million-tonne plant, the largest among all the Birla Corp units that put together have a combined annual capacity of 15.38 million tonnes.

Mining operations through blasting at the Chanderia plant are suspended since August 2011 owing to the order of the Jodhpur high court.

The company had challenged it before the Supreme Court and received partial relief when the court allowed mining beyond 2 kilometres from the Chittorgarh Fort by using heavy earth moving machinery.

However, it admitted buying limestone, the main raw material for producing cement, from third parties at a significantly higher price, affecting profitability.

In the last fiscal, Birla Corp also had to face a ban on the use of pet coke, which also impacted profitability at Chanderia.

The company continued to fight the blasting ban, arming itself with a report, prepared by the Central Building Research Institute (CBRI) at the behest of the Supreme Court, that concluded vibrations and air pressures induced by the mines of Birla Cement Works and adjoining areas are well within the safe limits under national and international standards and there was no damage to the fort.