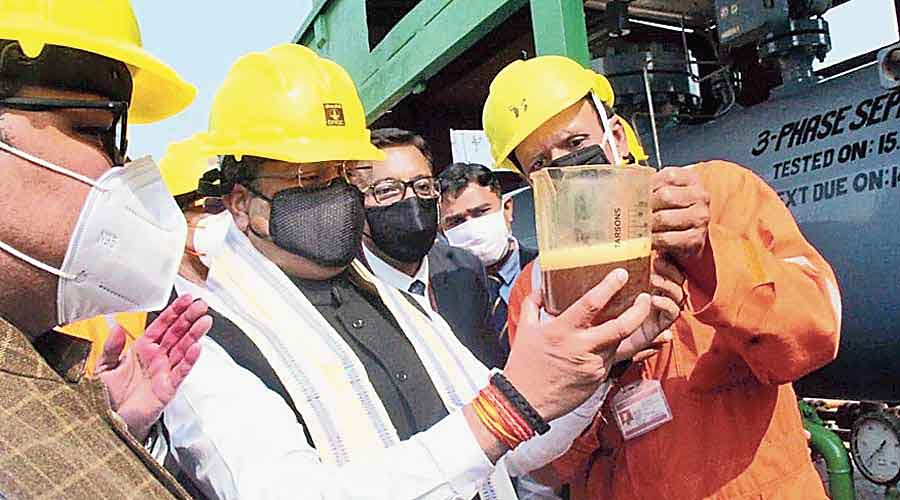 The Bengal government will provide 40 acres of land free of cost to Oil and Natural Gas Corporation to develop the Ashoknagar block where the central PSU has discovered hydrocarbon reserves, hoping that the find will catalyse industrial resurgence in the state.

Chief minister Mamata Banerjee has written a letter to Union petroleum minister Dharmendra Pradhan informing him of the state’s decision to provide land in Ashoknagar and a few sites in Barrackpore and assured him of her full fledged support in the future.

“The state government is very happy to provide the land free of cost. They (ONGC) wanted to pay but we said you don’t have to pay. (You) set up industries here, we will provide all the land and other assistance,” Banerjee said on Monday.

The state had received a letter from ONGC for the settlement of around 40 acres of state-owned land for the installation of a quick production system with a green belt area and allied infrastructure.

The state has also received another land application for temporary occupation of three years at an upcoming exploratory location in Barrackpore, the chief minister said.

She suggested that an integrated development can take place involving big, medium, small and micro industries around the discovery of oil and gas in Ashoknagar and the Indian Oil Corporation’s refinery at Haldia.

“The state has extended all help; we are happy that the state and the Centre have worked together. We are providing full fledged co-operation,” Banerjee said.

While the state agreed to let go of the land cost, it requested the Centre to take care of the 300 people who are on the land.

“We requested (ONGC) to provide special rehabilitation and also a job,” she said. So far the company has provided l4-15 jobs to local people.

ONGC has been lifting crude from a well drilled at the site, 55 km north-east of Calcutta, in small quantities and  selling it commercially by taking advantage of a new central scheme that allows commercial exploitation during exploration and development.

Potential recoverable reserve of oil and gas and their long term commercial viability is still to be ascertained but ONGC said the quality of the crude to be better than Brent and on a par with WTI.

It is planning to drill three more wells by January 2022 and one of them would start by the end of this month. Early signs buoyed ONGC to acquire three more blocks adjacent to Asokenagar, which will be explored simultaneously over next three years and 13 more wells will be drilled. The total capital expenditure will be around Rs 425 crore.

“According to our information, the discovery of oil reserves at Ashoknagar-1 is only the beginning, more such success in the near future will help reduce import of oil and make Bengal a future energy destination,” Banerjee said.