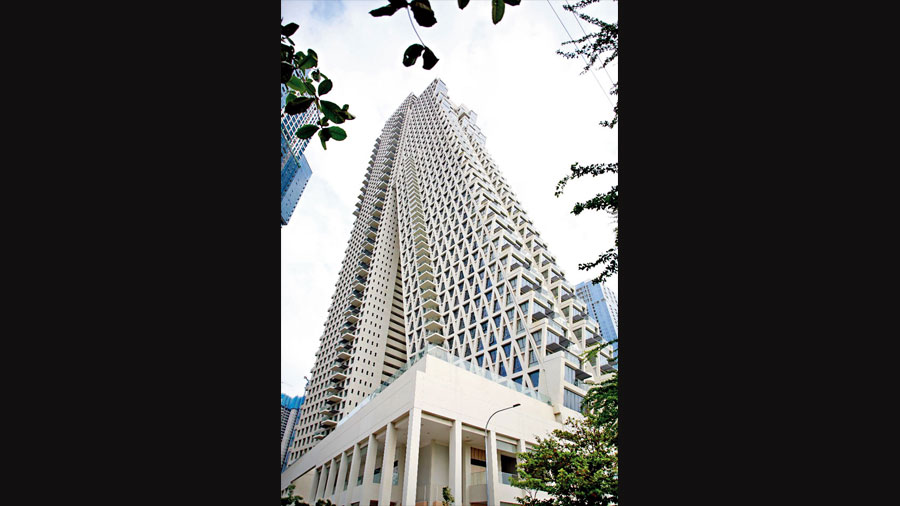 Altair Colombo, the landmark residential development which was at the centre of a corporate slugfest between a clutch of top Calcutta-based developers and a little known businessman, was formally inaugurated on Wednesday.

The evening event to mark the culmination of one of the largest FDI in real estate to Sri Lanka was attended by Namal Rajapaksa, the youth and sports minister of Sri Lanka and son of Prime Minister Mahinda Rajapaksa.

The Indian High Commissioner in SL, Gopal Baglay, was present at the inauguration along with the developers, who came together a decade back to undertake the $290 million project which has enviable views of Indian Ocean and Beira Lake on either sides.

While the directors and shareholders of South City, namely Sushil Mohta, Jugal Khetawat, Rajendra and Prakash Bachhawat, were in Colombo along with Manmohan Bagree, a director of IDPL, the notable absentee was one Jaideep Halwasiya.

In 2020, the relatively unknown Alipore resident was blamed by the South City owners, which include some of the top business families of the city, for hijacking Altair by unlawfully taking control of IDPL.  A Calcutta-based firm AA Infraproperties Pvt Ltd (AAI) used to own 100 per cent share of IDPL. It came down to 13.84 per cent after Halwasiya issued fresh shares in the SL subsidiary to entities linked to him.

SCPL, which holds 87.5 per cent in AAI — the rest 12.5 per cent is with Halwasiya — claimed that issuance of shares in IDPL was an act of fraud perpetrated by Halwasiya to wrest control of Altair. The claim was vehemently opposed by Halwasiya, who said he had to step in with the investment to save the project from further delay.

Multiple legal disputes followed on either side of Palk Strait. Cases were filed at company law courts in India and some of them reached all the way up to the Supreme Court. In Sri Lanka, the legal battle was fought at the Commercial High Court in Colombo.

After close to one-and-half years of legal dispute, the two warring sides sat down for mediation under the aegis of some of the top businessmen of the city. Sources said, South City owners have again wrested control of IDPL and in turn, the Altair Colombo after Halwasiya was paid off.

However, there still appears to be some dispute over the settlement amount and payment terms.

The 250-odd buyers can now reasonably hope to move into the property which has already been delayed for over three years. A statement from IDPL/SCPL said customers would now be able to initiate the fit-outs of the apartments through a phased out schedule with the total sold apartments ready to be handed over within the next few weeks.

Commenting on the event today, Prakash Bachhawat, director of SCPL said: “Altair has been one of the challenging projects but I am glad that we have been able to complete this with all the obstacles. It is very fulfiling to see the end result and completion.”