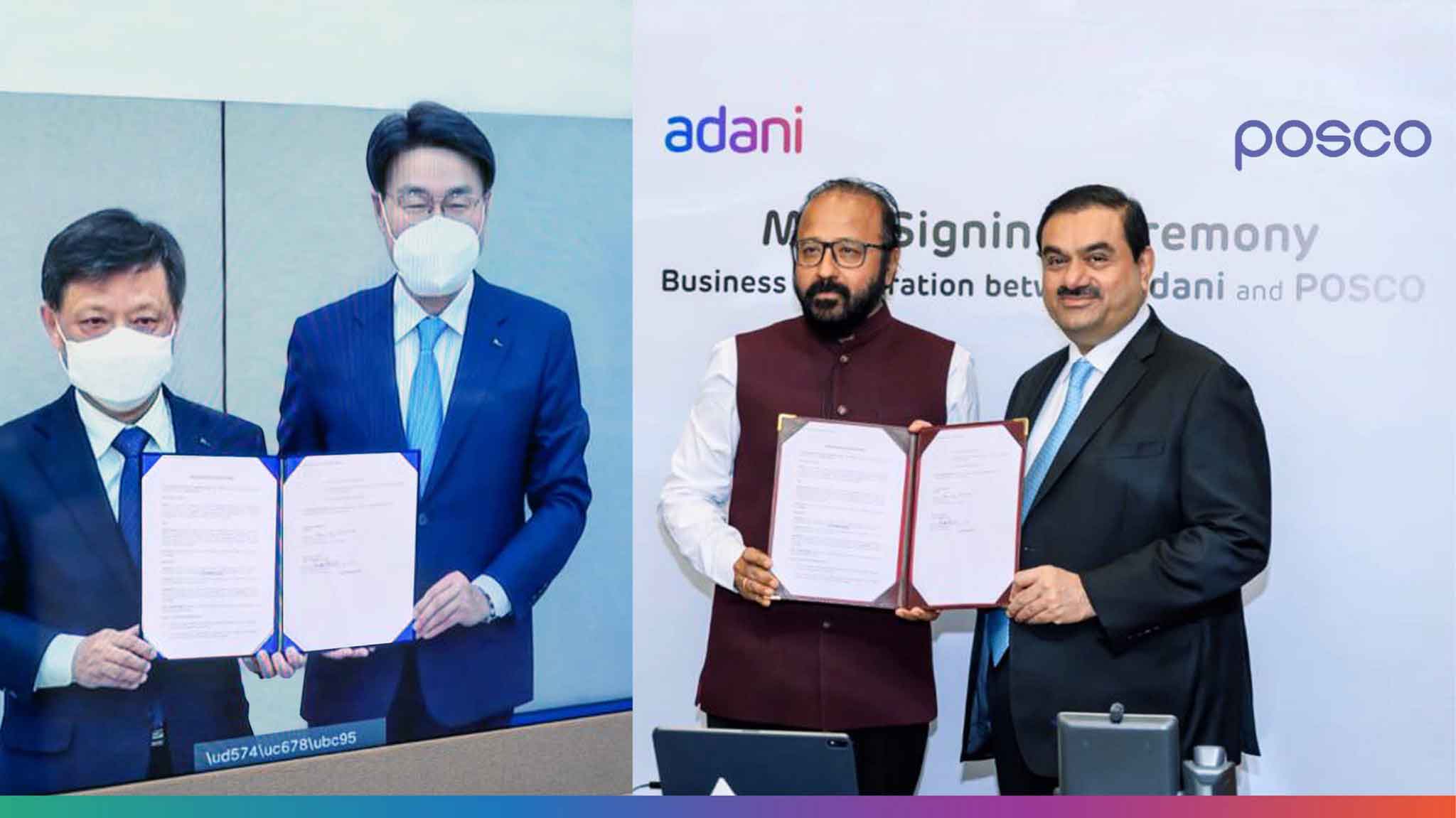 Adani Group launches a $5 Bn partnership with POSCO, the world’s most efficient and advanced steel manufacturer, for a green environment-friendly Integrated Steel Mill and other businesses in Mundra.
Twitter/@gautam_adani
Our Special Correspondent   |   Kolkata   |   Published 14.01.22, 12:14 AM

Adani Group is foraying into the steel sector in a partnership with Korea’s Posco, with the two announcing a non-binding agreement to build an integrated steel plant at Mundra, Gujarat.

Apart from steel, Adani and Posco would explore business opportunities in renewable energy, hydrogen and logistics, Adani in a statement said. The estimated investment in the projects would total $5 billion (Rs 37,500 crore), Adani said.

While the announcement mark’s India’s second richest man Gautam Adani’s appetite to enter yet another business segment, it indicates the Korean steel major’s latest attempt to get a meaningful foothold in India’s steel sector.

The location of the project suggests that the plant, which is likely to have an initial capacity of 3 million tonne, would be a port based one. Adani Ports and Logistics operates India’s largest commercial port Mundra along with an industrial hub spanning over 15,000 hectares.

After many failed attempts over the past 17 years to set up an integrated plant from  ground-up in India, most notably the mega 12-million tonne steel project in Odisha, the Korean major is unlikely to face any challenges to secure land in this western Gujarat town.

Planned in 2005, the Odisha project tripped because of  violent protests over land acquisition and regulatory challenges over the allocation of iron ore mines.

In the intervening period, global majors such as ArcelorMittal, Nippon Steel and JFE of Japan entered Indian steel sectors while domestic players Tata Steel and JSW strengthened their position.

Commenting on the development, Gautam Adani in a statement said: “We are very pleased to announce the partnership with Posco, the world’s most efficient and advanced steel manufacturer, in steel production and carbon reduction. It will also help to strengthen India’s standing in green businesses.”

Jeong-woo Choi, the CEO of Posco, added: “Posco and Adani are able to come to great synergy in the steel and environment-friendly business with Posco’s state-of-the-art technology in steel making and Adani’s expertise in energy and infrastructure.”