Data shows growth in government consumption spending has been abysmal 1.33% 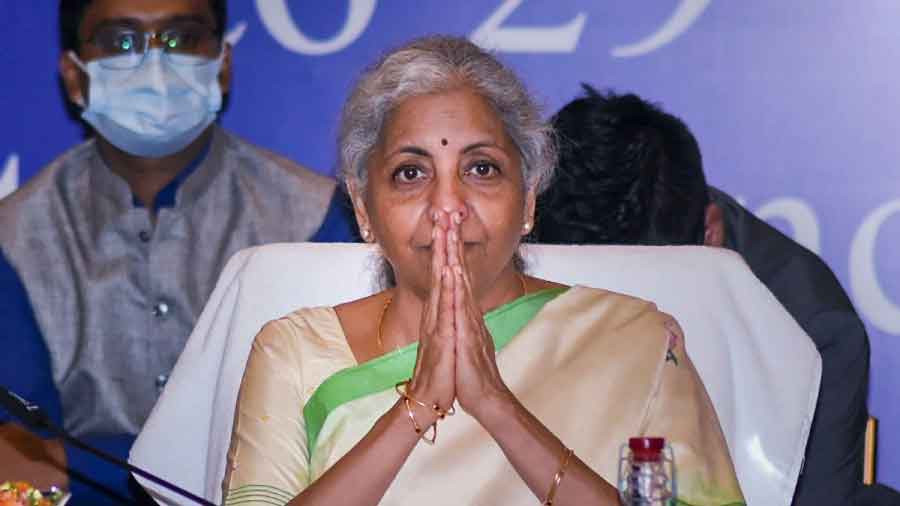 The Indian economy grew 13.5 per cent in the April-to-June quarter, its fastest pace in a year, but it was much below the RBI forecast of 16.2 per cent as government consumption failed to take off during the period. Economists also warned that growth — supported mainly by statistical comparisons with a year ago rather than new momentum (the base effect) — was likely to lose momentum in the coming quarters as higher interest rates cool economic activity.

The data showed that the growth in government consumption spending has been abysmal 1.33 per cent. Economists said inflationary pressure on the Indian economy, higher global commodity prices, global recession fears and rising borrowing costs could further moderate the pace of economic growth in the coming quarters.

According to the latest data, the country’s gross value added (GVA) — which is GDP net of taxes and subsidies and reflects supply growth — grew 12.7 per cent in the quarter. “We see a secular downturn in the growth print ahead, as the base effect fades and the economy also slows sequentially. We maintain growth may remain at 7 per cent for the year, albeit with downside risk,” Madhavi Arora, lead economist, Emkay Global Financial Services, said.

“Going ahead, even as recovery in domestic economic activity is yet to be broad-based, global drags in the form of still-elevated prices, shrinking corporate profitability, demand-curbing monetary policies and diminishing global growth prospects will weigh on the growth outlook,” Arora said. Aurodeep Nandi, India economist and vice-president at Nomura said: “Post pandemic tailwinds essentially lifted the gross domestic product in Q1 — even if we were to discount the low base, this marks a stellar rise in sequential momentum. This marks a confluence of tailwinds, such as the catch-up in contact-intensive services, public capex push, and lagged impact of easy financial conditions.”

“Looking forward though, some of these will be replaced as headwinds, as deteriorating global growth prospects, higher inflation impacting consumption, and gradually tightening financial conditions eventually start to impact the pace of growth momentum as the year progresses.” However, finance secretary T.V. Somanathan expressed confidence that the economy is on course for a 7-plus-percent growth rate in the current fiscal year. He said the first quarter gross domestic product growth rate was 4 per cent above pre-Covid levels.

Allaying concerns of high imports denting the fiscal architecture, the finance secretary aid the government was on course to meet the fiscal deficit target of 6.4 per cent of GDP in the current fiscal ending March 31, 2023. Economic affairs secretary Ajay Seth said GST collection for August is likely to remain in the range of Rs 1.42-1.43 lakh crore, a sign of buoyancy in the economy.

Also, gross fixed capital formation grew 34.7 per cent during April-June, the highest in 10 years, he said. The data showed that the agriculture GVA during the April-June 2022 quarter jumped 4.5 per cent against 2.2 per cent in the year-ago quarter. It had grown 3 per cent in the March 2022 quarter. Manufacturing saw a growth of 4.8 per cent compared with the 49 per cent recorded a year ago.

It had contracted 0.2 per cent in the January-March 2022 quarter. During the first quarter of the current financial year, the trade, hotels, transport, communication and services related to broadcasting registered a growth of 25.7 per cent, lower as compared with the 34.3 percent reported during Q1FY22.

It is higher compared with the 11.1 per cent rise witnessed in the previous quarter FM review Finance Minister Nirmala Sitharaman will review the state of the economy amid global and domestic challenges at a meeting of the Financial Stability and Development Council (FSDC), scheduled on September 15. The 26th meeting of the high-level panel to be held in Mumbai will be attended by all financial sectoral regulators, including the RBI governor.