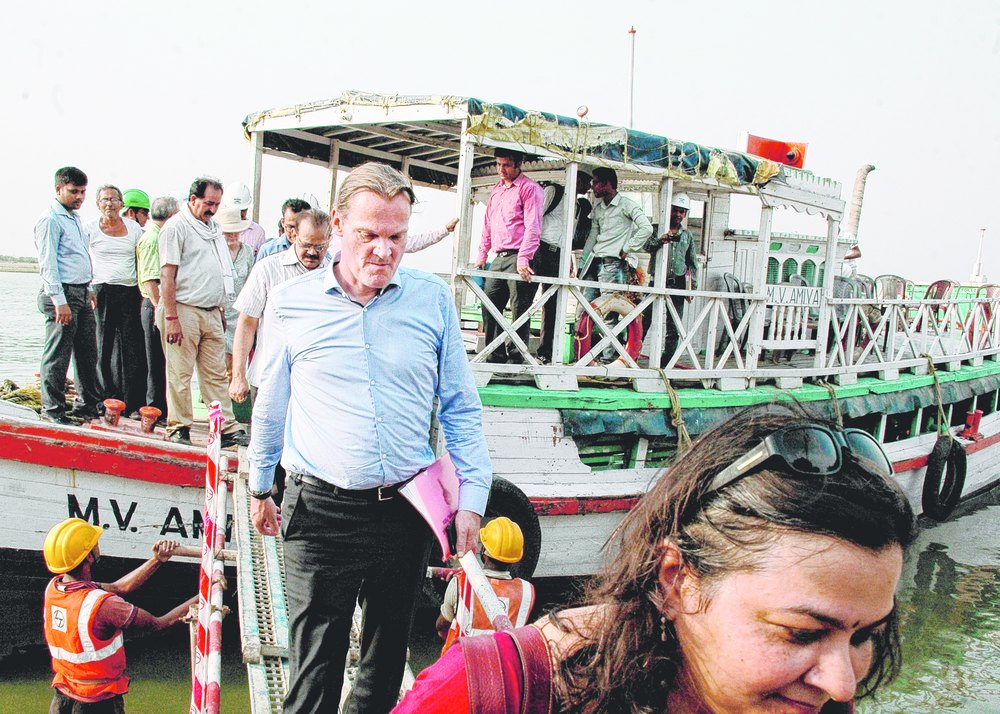 The Nitish Kumar government on Friday got a pat from the World Bank for the progress in the ambitious Ganga riverfront development project in Patna.

World Bank country director Onno Ruhl on a visit to Patna expressed satisfaction over the progress of the riverfront development project and claimed that work on the three ghats would be completed by Chhath this year.

The project falls under the ambit of National Ganga River Basin Authority (NGRBA), which is a World Bank-funded scheme aimed at effective abatement of pollution and conservation of Ganga.

"The work on the project is going on at a fast pace, especially considering the arrival of monsoon. The progress is on schedule and we expect that the project would be completed by June 2016. Three ghats are expected to be ready by Chhath this year," said Ruhl.

Accompanied by Raj Kumar, joint secretary at the department of economic affairs under the Union ministry of finance and several other officials of the state government, Ruhl moved in a small ferry in the Ganga along its bank between Kali Ghat and Naujar Ghat.

The Ganga riverfront development project is aimed at redeveloping the riverbank as recreational and cultural hub to give an urban face to the city. The project entails development of 6.6km-long and 15ft-wide walkway along 20 ghats in Patna complemented with amenities, including decorative street lamps, public lavatories, 500 benches, green cover among others.

The foundation stone for the Ganga riverfront project was laid by Nitish on February 12 last year. The project is being executed by the Bihar Urban Infrastructure Development Corporation (Buidco), an executing agency of the urban development and housing department. Administrative approval and expenditure sanction for the project was issued by the ministry of environment, forests and climate change in June 2013 for an estimated outlay of Rs 254.52 crore, based on a 70:30 cost-sharing model between the Centre and the state.

The work is on at six ghats - Raja, Bhadra, Barahwa, Hanuman, Alamganj and Pathri. An official statement released by the World Bank on Friday stated that Larson & Turbo- the firm awarded the contract for the project - has been on board since April 2014 with a project period of 26 months. Civil works, including ghats, promenade sections and toilet complexes have begun.

A range of public amenities are also being constructed under the project, including changing rooms, public toilets, multifunctional kiosks.