They duped more than two dozen persons by hacking into their Flipkart.com e-wallets 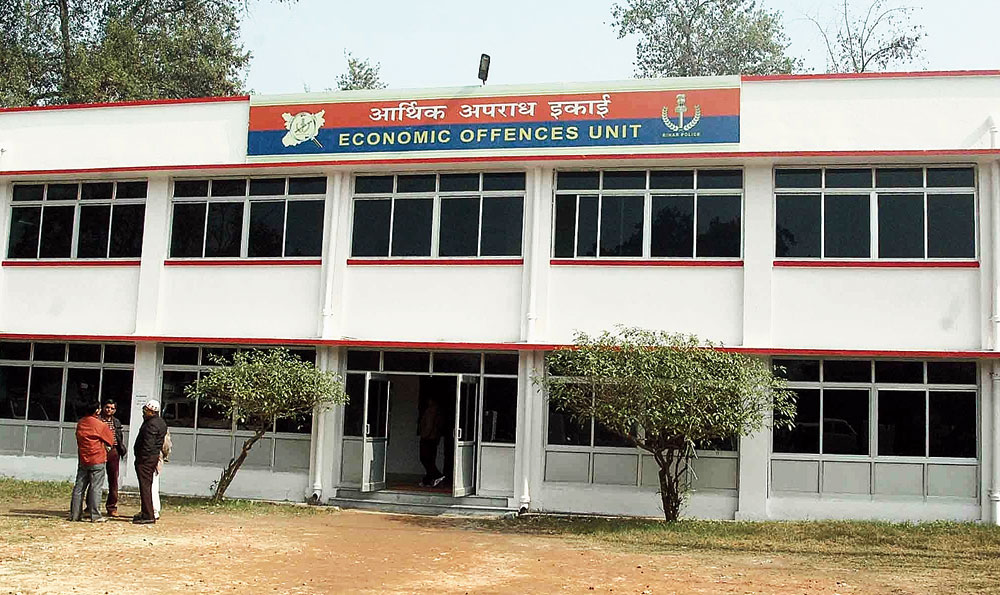 The arrested duo, Swapnil Raj and Sonu Kumar, allegedly bought costly items through the e-wallets without the knowledge of the customers. The EOU sleuths have seized several mobiles, laptops, 15 sealed parcels and other goods from the arrested duo, both of whom are college students.

E-commerce companies such as Flipkart issue online wallets to their premium customers for making online purchases.

These customers can repay the amount after a month, depositing the money in their online wallets.

These facilities are provided to only regular customers.

“Swapnil and Sonu are part of a gang; there are many more persons behind the fraudulent online transactions,” said Jitendra Singh Gangwar, additional director-general, EOU.

“The gang used to target such persons who are regular in online transactions and are premium customers of e-commerce company Flipkart. As these premium customers have online wallets, the gang by hacking the data of the company got hold of the passwords of such customers.”

After getting hold of the passwords, the gang bought items off Flipkart and had them delivered to Bihar, according to the EOU sleuths.

Sources in the EOU said the gang members never revealed their original addresses. Instead, they used to arrange for the deliveries at different locations by telling the delivery people that they cannot the accept goods at their homes as they are outside.

The gang, the sources said, used to target mostly customers outside Bihar but the goods were delivered to persons in Bihar.

The fraud, the sources said, was going on for months. Flipkart, according to EOU sources, came to know about the fraud when many e-wallet holders complained to the company that money has been debited from their wallets despite they not purchasing anything.

The Bangalore-based company conducted its own investigations and discovered that most of the goods bought fraudulently were delivered in Bihar, the sources said, and contacted the BiharEOU last week.

The company, the sources said, informed the EOU that one such delivery was to be made on November 23 and gave the sleuths the mobile number mentioned with the order.

The EOU sleuths tracked the delivery person and with his help were able to arrest Swapnil and Sonu. Both of them live in an area under the Shastri Nagar police station’s jurisdiction.

When contacted, Amit Kumar Sah, delivery partner of the Flipkart in Patna, said: “I am not in a position to reveal much information in this connection. As the matter pertains to legal issues, only officials from our company’s legal department will be able to respond.”

An e-mail to Flipkart sent on Monday evening had not been replied to at the time of filing this report, probably because of the late hour.

Sah promised to forward The Telegraph’s queries to officials of Flipkart’s legal department.

Sources said that the FIR was lodged based on Sah’s complaint to the EOU office.

It is, however, not clear how two 19-year-olds managed to pull off such a detailed fraud that involved hacking into databases.

“The EOU will carry out a detail investigation in this connection as it is the work of a bigger gang involved in online frauds,” Gangwar said. “

The gang can have members in different states, while the goods were delivered in Patna.”

The investigation, EOU sources said, will also focus on how the online fraudsters managed to get hold of customer data.