Students and others to wear Malaviya pagadi 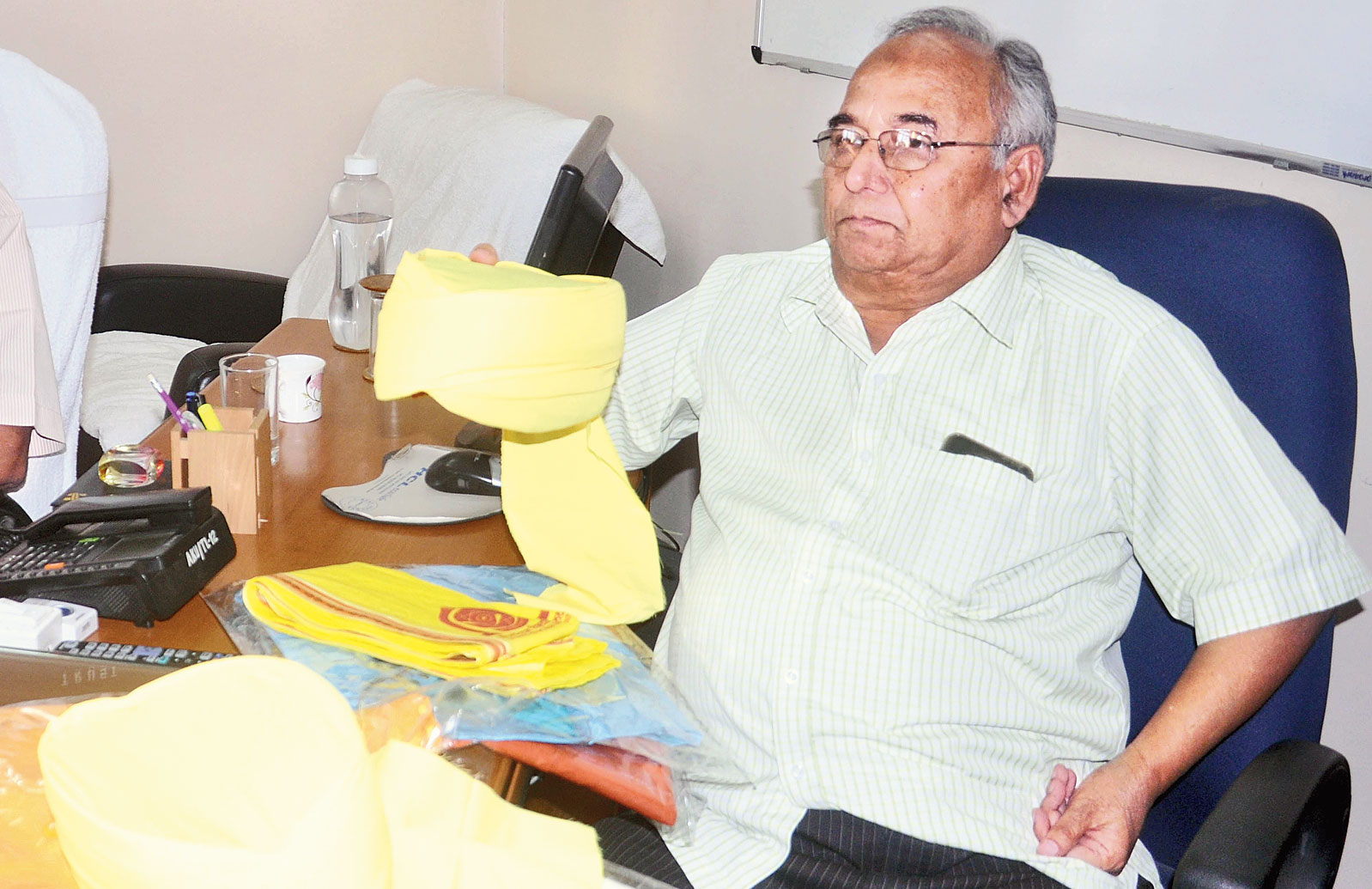 AKU pro-VC, SM Karim shows the Malaviya pagadi (turban) which the students and other guests will wear at the AKU convocation, on Wednesday.
Manoj Kumar
Roshan Kumar   |   Patna   |   Published 26.09.18, 06:48 PM

Aryabhatta Knowledge University (AKU), which would organise its fifth convocation on September 28, will be the first state university to introduce convocation dress code for participants as approved by the Raj Bhavan.

University vice-chancellor Arun Kumar Agarwal said: “Three years back we introduced traditional attire for convocation replacing ceremonial caps, seen as a legacy of the colonial rule, but this year according to the chancellor’s office directive, graduating students and other guests will wear Malaviya pagadi laced with Sujani artwork that originated in Bihar.”

Agarwal said: “Jacket laced with sujani artwork have been made from weavers of Gujarat, while the pagadi has been ordered from Varanasi. The kurta pyjama, dhoti and sari have been prepared by artists from Bihar.”

To attend the convocation, students have to pay Rs 2,200, which include charges for the dress, however, unlike other convocations where graduating students had to return their convocation robe, students can keep them this time.

This year a total of 5,103 students will be awarded degrees, which include 15 gold medallists. The highlight of this year’s convocation is that out of 15 students getting gold medals, 10 are women. In the past one year, 81 engineering, medical, BEd, MEd and other examinations have been organised and 64 results have been published on time.