Vistara Mumbai flight returns to Singapore due to engine snag

India’s aviation watchdog, the Directorate-General of Civil Aviation, has launched an investigation into the incident 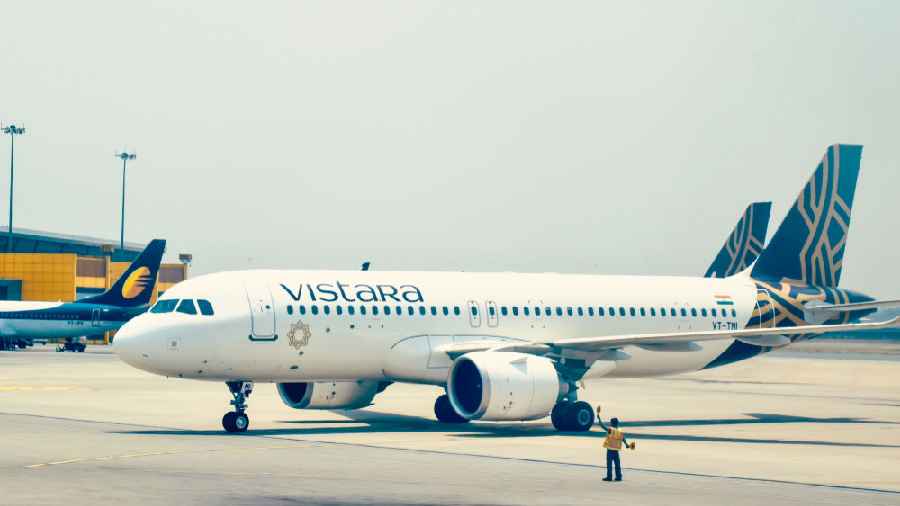 A Vistara flight from Singapore to Mumbai on Wednesday returned to the Changi Airport here after a technical snag was detected in one of the engines of the Airbus A321 aircraft, an airlines official said.

“As a precautionary step, the pilots decided to turn back and landed the aircraft safely at Changi Airport,” The Straits Times newspaper quoted a Vistara spokesman as saying.

He said a technical snag was detected in one of the engines of the aircraft shortly after take-off from here, the spokesman said, adding that the airline was working with partner airlines to offer alternative flight options to the affected passengers.

According to the Flightradar website, flight UK106 departed Singapore at about 11 am (local time).

It was then seen circling over Malaysia before returning to the airport.

Most of the passengers have been transferred to other flights scheduled to take off on the same day, the Singapore daily cited the spokesman as saying.

Although Vistara did not say how many passengers were on board, its website states that the Airbus A321 in its fleet can seat 188 passengers.

Some passengers were transferred to a Singapore Airlines (SIA) flight slated for departure on Wednesday evening. They were also given meal vouchers, according to media reports.

The latest malfunction comes a week after another Vistara flight from Delhi had to return after a snag was detected.

On January 9, the flight carrying 140 passengers from the Indian capital to Bhubaneshwar made an emergency landing back in Delhi after it was found to have experienced hydraulic failure.

India’s aviation watchdog, the Directorate-General of Civil Aviation, has launched an investigation into the incident.

Vistara is a joint venture between Tata Sons and SIA.