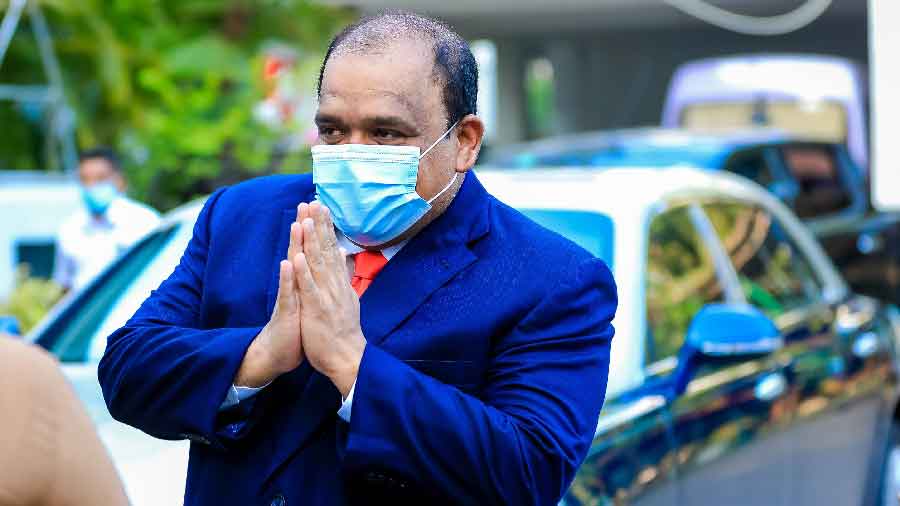 One of Sri Lanka’s richest businessmen will replace the President’s brother in parliament, a ruling party official said on Friday, as the cash-strapped country moves forward on talks for a bailout plan with the IMF.

Sri Lanka is in the midst of the worst financial crisis since independence in 1948. Foreign exchange reserves have dropped to record lows leaving it struggling to pay for essential imports of fuel, food and medicine and triggering shortages and months of protests.

Basil Rajapaksa on Thursday announced he was also stepping down from his parliamentary seat, vacating a slot in the 225-member legislature where the ruling party can appoint a new lawmaker without the need for a by-election.

“Perera’s name has been sent to the Elections Commission to be gazetted as the new MP,” Kariyawasam told Reuters. “We expect it to happen very soon.”

Perera, who could be given a ministerial portfolio after his appointment as a lawmaker, was unavailable for comment, his office said.

Some analysts said Perera’s appointment as a minister would likely do little to offset Sri Lanka’s larger economic woes.

“Regardless of Perera’s appointment we need to get the groundwork done. Sri Lanka is facing serious macroeconomic headwinds,” said Lakshini Fernando, a macroeconomist at investment firm Asia Securities. “Investors will look for an IMF programme and debt restructuring.”

An IMF delegation will visit Sri Lanka on June 20 and Prime Minister Ranil Wickremesinghe is hopeful a staff level agreement will be reached by the end of the month.

Sri Lanka is at risk of tipping into a full-blown humanitarian crisis as the country’s economy suffers its biggest shock in decades, the UN humanitarian office said on Friday.

Sri Lanka’s 22 million people are suffering the country’s most serious financial turmoil in seven decades, with severe shortages of fuel, medicines and other essentials amid record inflation and a devaluation of its currency. Reuters