Under the existing law, the US can issue a maximum of 1,40,000 employment-based green cards every year with a per country cap of seven per cent 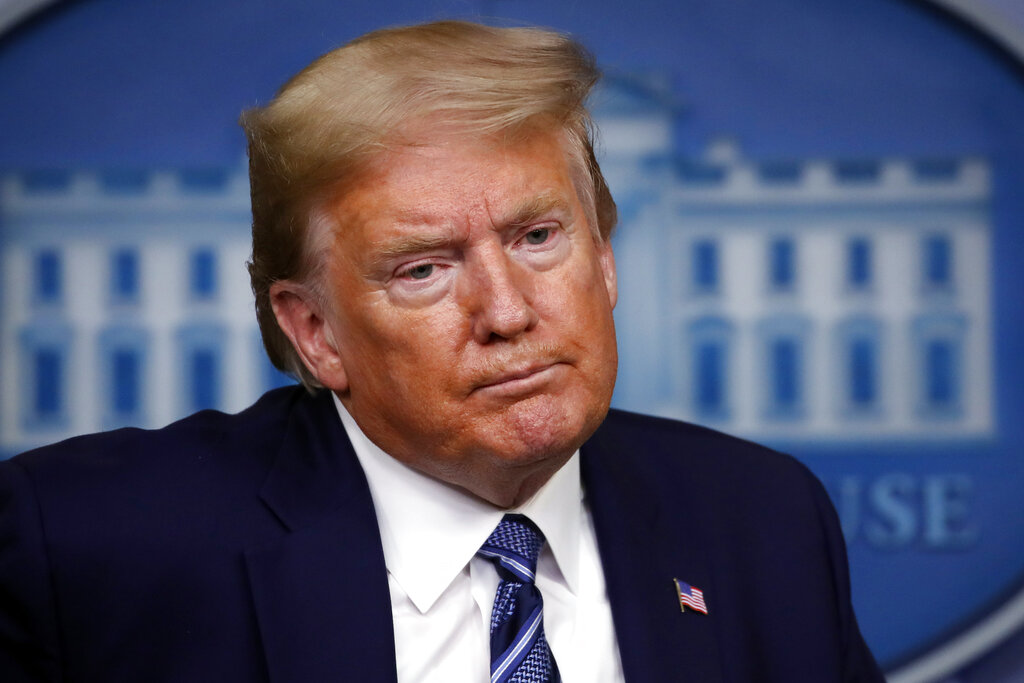 President Donald Trump said he will sign an executive order on Wednesday to suspend immigration to the US and halt the issuance of new green cards for the next 60 days, a move that would affect thousands of Indian-Americans, who are seeking permanent resident status.

Trump has said that his move is part of his administration's efforts to protect American workers, amidst the coronavirus crisis that has wrecked havoc in the country.

'I will be signing my Executive Order prohibiting immigration into our Country today,' Trump tweeted early on Wednesday.

Trump, seeking re-election in November, has said his executive order to ban immigration will last for 60 days and apply only to those seeking permanent residence in the country.

Under the existing law, the US can issue a maximum of 1,40,000 employment-based green cards every year with a per country cap of seven per cent.

In any case, the executive order to be signed by Trump on Wednesday will impact tens and thousands of Indian-Americans, who are waiting to get a Green Card as it is expected to further delay the process.

'We must first take care of the American worker... This pause will be in effect for 60 days, after which need for any extension or modification will be evaluated by myself and a group of people based on economic conditions at the time,' Trump told reporters at his daily White House news conference on the coronavirus.

'This order will only apply to individuals seeking a permanent residency, in other words, those receiving green cards, big factor, will not apply to those entering on a temporary basis,' he asserted.

Trump said there will be exemptions. But he declined to elaborate them, noting that the executive order was still being drafted.

'Some people will be able to get in. We have to do that, obviously, even from a humane standpoint,' he said.

'We have a solemn duty to ensure these unemployed Americans regain their jobs and their livelihoods. Therefore, in order to protect American workers, I will be issuing a temporary suspension of immigration into the United States.

'You heard about that last night. By pausing immigration, we'll help put unemployed Americans first in line for jobs as America reopens,' he said.

It would be wrong and unjust for Americans to be laid off by the virus to be replaced with new immigrant labour flown in from abroad, he asserted.

Trump said, moving forward, his administration will examine what additional immigration related measures should be put in place to protect US workers.

'We want to protect our US workers, and I think as we move forward, we will become more and more protective of them,' he said, indicating that more such measures were being prepared by his administration ahead of the November presidential polls.

Critics say Trump, a Republican, has been trying to distract attention away from his response to the virus. The US has over 45,000 deaths and 825,000 cases of COVID-19 infections.

The Democrats also accuse the administration of using the pandemic to crack down on immigration. The issue has traditionally been a strong campaigning theme for Trump, a Republican, but has taken a back seat during the crisis and in the lead-up to the November 2020 election.

As a result of the coronavirus pandemic, more than 22 million American workers have applied for unemployment benefits, which is a record in itself.

In the coming weeks, several more millions are expected to be laid off as the US economy is in tatters as factories across the country have been shut due to the rapid spread of the coronavirus.

Trump said that this pause on new immigration will also help to conserve vital medical resources for American citizens.

'A short break from new immigration, depending on the time we're talking about, will protect the solvency of our healthcare system and provide relief to jobless Americans,' he said.

Responding to questions, Trump explained that he has to take this unprecedented measure because of the massive impact that the coronavirus is having on the US economy.

'The last thing we want to do is take American workers' jobs. It's one thing when we were at essentially -- they used to call it full employment and it's another thing right now, he said.

According to a recent report by Congressional Research Service (CRS), currently there are almost 1 million lawfully present foreign workers and their family members waiting to receive a Green Card.

This employment-based backlog is projected to double by financial year 2030.

'Under current law, and owing to a limited number of Green Card issuances, the current backlog of 568,414 Indian nationals would require an estimated 195 years to disappear, the CRS said.

Approximately 459,000 foreign national new arrivals to the US became Green Card holders in 2019, down 13 per cent from 2018 arrivals, according to statistics from the Department of Homeland Security.