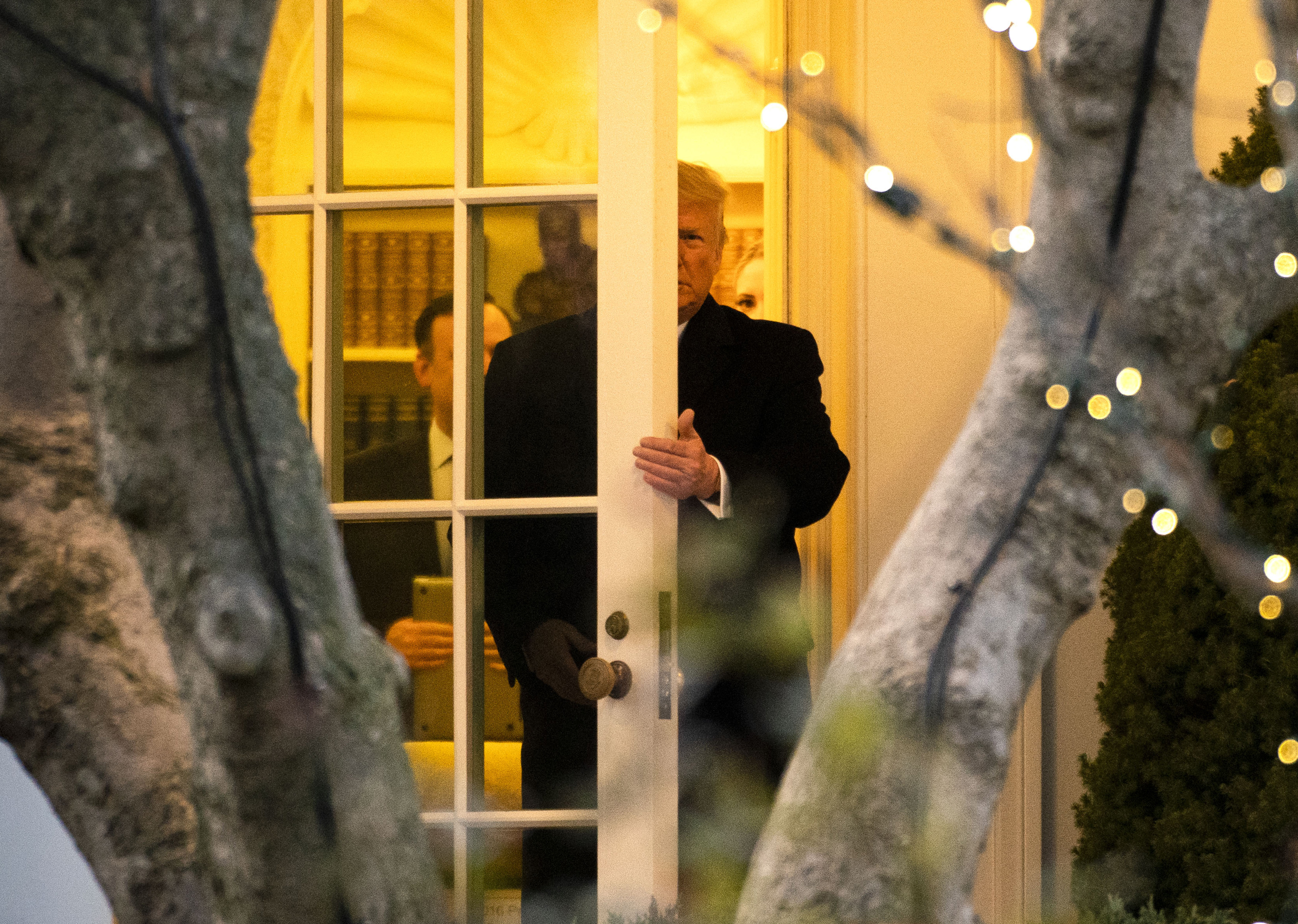 The House of Representatives on Wednesday impeached President Donald Trump for abuse of power and obstruction of Congress, making him the third president in history to be charged with committing high crimes and misdemeanors and face removal by the Senate.

On a day of constitutional consequence and raging partisan tension, the votes on the two articles of impeachment fell largely along party lines, after a bitter debate that stretched all day and into the evening, reflecting the deep polarisation gripping American politics in the Trump era.

Only two Democrats opposed the article on abuse of power, which accused Trump of corruptly using the levers of government to solicit election assistance from Ukraine in the form of investigations to discredit his Democratic political rivals. Republicans were united in opposition. It passed 230-197, with Speaker Nancy Pelosi gaveling the vote to a close from the House rostrum.

On the second charge, obstruction of Congress, a third Democrat joined Republicans in opposition. The vote was 229-198.

The impeachment votes set the stage for a historic trial beginning early next year in the Senate, which will have final say — 10 months before Trump faces reelection — on whether to acquit the 45th president or convict and remove him from office. The timing was uncertain, after Pelosi suggested late Wednesday that she might wait to send the articles to the Senate, holding them out as leverage in a negotiation on the terms of a trial.

Acquittal in the Republican-controlled chamber is likely, but the proceeding is certain to aggravate the political and cultural fault lines in the country that Trump’s presidency brought into dramatic relief.

On Wednesday, Democrats characterized his impeachment as an urgent action to stop a corrupt president whose misdeeds had unfolded in plain view from damaging the country any further.

“Over the course of the last three months, we have found incontrovertible evidence that President Trump abused his power by pressuring the newly elected president of Ukraine to announce an investigation into President Trump’s political rival,” said Rep. Adam B. Schiff, D-Calif., the Intelligence Committee chairman, who led the impeachment inquiry.

“The president and his men plot on,” Schiff said. “The danger persists. The risk is real. Our democracy is at peril.”

Far from showing contrition or contemplating resignation, as his predecessors have done in the face of impeachment, Trump instead offered an indignant defense as the House weighed his fate, raging on Twitter from the White House.

“SUCH ATROCIOUS LIES BY THE RADICAL LEFT, DO NOTHING DEMOCRATS,” the president wrote as the historic debate took place on the other end of Pennsylvania Avenue. “THIS IS AN ASSAULT ON AMERICA, AND AN ASSAULT ON THE REPUBLICAN PARTY!!!!”

Later, as members cast their votes to impeach him in Washington, Trump took the stage to roars of adulation from his supporters at an arena-style campaign rally in Battle Creek, Michigan, where he brushed aside the constitutional confrontation as a “hoax” based on unfounded charges, even as he conceded that it would be a permanent blot on his presidency.

“I’m not worried,” Trump said. “You don’t do anything wrong and you get impeached. That may be a record that will last forever.”

“But you know what they have done?” he said of Democrats. “They have cheapened the impeachment process.”

The vote did not grow out of the two-year investigation into Russian election meddling by Robert Mueller, the special counsel, or the seemingly endless series of other accusations of corruption and misconduct that have plagued his White House: embracing Russian election interference, tax evasion, profiting from the presidency, payoffs to a pornographic film actress and fraudulent activities by his charitable foundation.

Instead, the existential threat to Trump’s presidency centered around a half-hour phone call in July in which he pressured Ukraine’s president to announce investigations into former Vice President Joe Biden and other Democrats, at the same time he was withholding nearly $400 million in vital military assistance for the country and a White House meeting.

Congress learned about the call after an anonymous CIA official lodged a whistleblower complaint in August — pulling a string that helped unravel an effort by the president and his allies to pressure a foreign government for help in smearing a political rival. Over a period of weeks this fall, a parade of diplomats and other administration officials confirmed and expanded on those revelations.

When Congress found out about the scheme and sought to investigate, the president ordered his administration to defy its every request, leading to what the House said Tuesday was a violation of the separation of powers and a de facto assertion by Trump that he was above the law.

United in their opposition, Republicans accused the Democrats, who fought their way back from political oblivion in 2016 to win the House in 2018, of misusing the power voters had invested in them to harangue a president they never viewed as legitimate by manufacturing a case against him. Though they conceded few of them, they insisted the facts against Trump nonetheless fell woefully short of impeachment.

“When all is said and done, when the history of this impeachment is written, it will be said that my Washington Democrat friends couldn’t bring themselves to work with Donald Trump, so they consoled themselves instead by silencing the will of those who did, the American people,” said Rep. Mark Meadows, R-N.C.

Impeachment traces its origins to monarchical England, but the framers of the Constitution confined its use on presidents to rare occasions, when his actions corrupted the public interest for personal ones. Only twice has the House previously impeached a president: Andrew Johnson in 1868 and Bill Clinton 1998. President Richard Nixon resigned in 1974 rather than face such a consequence.

Johnson remained in office by a single vote in 1868. Clinton more soundly beat the charges, with no more than half of the Senate voting for conviction after more than a month of deliberations. The trial of Trump is likely to reach a similar outcome, but it could do so much more quickly, with some Senate Republicans discussing the possibility that the case could be resolved in little more than a week.