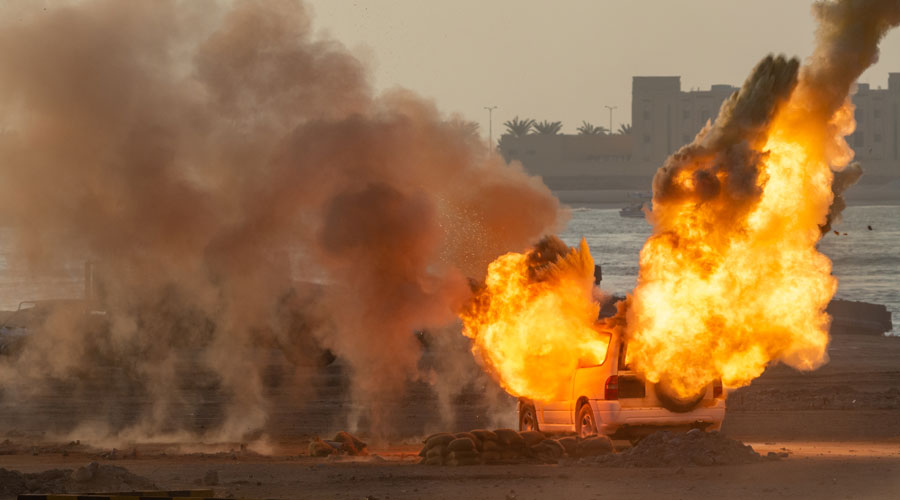 At least three people, including a policeman were injured in a bomb blast outside a football stadium in Pakistan's restive Balochistan province, police said.

The explosion took place on Saturday outside the Turbat Stadium, situated on the Airport Road of the provincial capital of Quetta, when a football match was in progress.

The match was organised by Frontier Corps South, a paramilitary force of Pakistan that operates in the provinces of Balochistan and Khyber Pakhtunkhwa, according to the Dawn newspaper.

All players participating in the match were unhurt, officials said.

“The bomb went off during the match and it caused panic, following which the spectators were evacuated. Three people, including a policeman on duty at the entrance were injured, but they are out of danger,” a police official said.

“An explosive device was fixed with a motorcycle in the parking area of the stadium, which was detonated by a remote control,” the official said.

“Many vehicles were also damaged due to the blast,” he added.

The incident outside the Turbat Stadium comes barely 24 hours after a grenade explosion during a T20 league match at Kabul's International Cricket Stadium which killed two civilians.

Police officials investigating the incident said security personnel deployed at the stadium were the possible targets of these perpetrators, the Dawn newspaper report said.

No militant group has claimed responsibility for Saturday's attacks so far.

Attacks on security officials have intensified in this volatile region since the Taliban captured power in Kabul in August last year.

It has given a much-needed fillip to banned outfits like the Tehreek-i-Taliban Pakistan to remain active along the Afghan-Pakistan border.

On July 27, three policemen were killed and two critically injured in separate incidents in Pakistan's Khyber Pakhtunkhwa province, the latest instances of targeted attacks on the country's security forces.