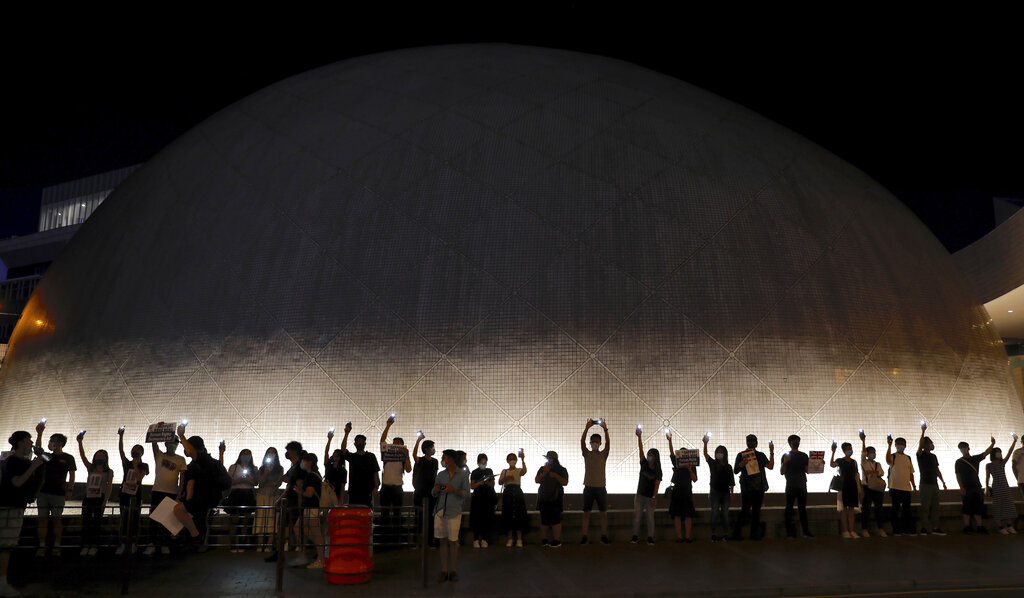 Thousands of chanting Hong Kong protesters joined hands to form human chains on Friday in a peaceful protest, with almost three months of anti-government demonstrations showing no sign of let-up across the Chinese-ruled territory.

Demonstrators, families young and old, some people masked, some using hand wipes to stay clean, linked hands across different districts as others held up banners thanking overseas nations for supporting “freedom and democracy” in Hong Kong.

Their move echoed one on August 23, 1989, when an estimated 2 million people joined arms across the three Baltic states in a protest against Soviet rule that became known as the “Baltic Way” or “Baltic Chain”.

“This is the 30th anniversary of the Baltic Way. I hope there will be a bigger chance to make an international noise.”

The protest, which included dozens shining lights from the top of Kowloon’s Lion Rock, visible from the main island of Hong Kong, showed the apparent defiance of Hong Kong people after warnings from Communist Party leaders in Beijing and Hong Kong leader Carrie Lam about violence.

Police presence was thin and the protest ended promptly at 1300 GMT).

But protesters are also planning a “stress test” of the airport this weekend and some, wearing their traditional black garb, were making their way from the nearby suburban town of Tung Chung on Friday night.

The protests, triggered by a now-suspended bill that would have allowed extraditions to China, have plunged the former British colony into its worst crisis since its return to China in 1997 and pose a major challenge for Beijing.

The unrest has widened into calls for greater freedom, fuelled by worries about the erosion of rights guaranteed under a “one country, two systems” formula, adopted after the 1997 handover.

The airport, reached by a gleaming suspension bridge carrying both rail and road traffic, was forced to close last week when protesters, barricading passageways with luggage trolleys, clashed with police.