One ship on fire and both adrift; crew members rescued; oil prices rise over supply worries 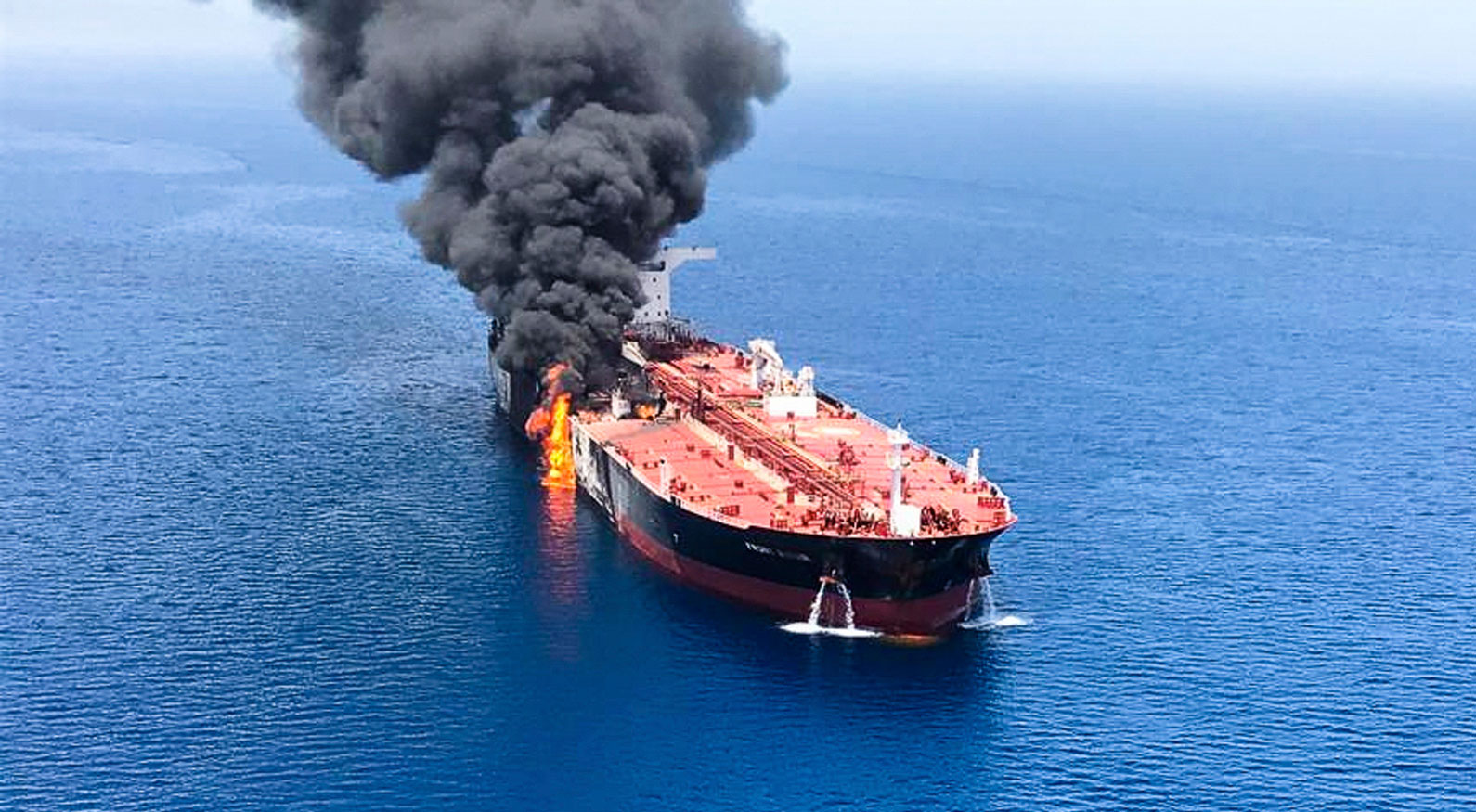 Attacks on two oil tankers on Thursday in the Gulf of Oman left one ablaze and both adrift, shipping firms said, driving oil prices up 4 per cent over worries about West Asia supplies.

The Front Altair was on fire in waters between Gulf Arab states and Iran after an explosion that a source blamed on a magnetic mine. The crew of the Norwegian vessel were picked up by a vessel in the area and passed to an Iranian rescue boat.

A second Japanese-owned tanker was abandoned after being hit by a suspected torpedo, the firm that chartered the ship said. The crew were also picked up.

The attacks were the second in a month near the Strait of Hormuz, a major strategic waterway for world oil supplies.

The US and Saudi Arabia blamed Iran for last month’s attacks using limpet mines on four tankers off the coast of the UAE, a charge Tehran denies.

There were no immediate statements apportioning blame after Thursday’s incidents.

“We need to remember that some 30 per cent of the world’s (seaborne) crude oil passes through the straits. If the waters are becoming unsafe, the supply to the entire Western world could be at risk,” said Paolo d’Amico, chairman of INTERTANKO tanker association.

Tensions have risen since President Donald Trump, who has demanded Tehran curb its military programmes and influence in West Asia, pulled the US out of a deal between Iran and global powers to curb Tehran’s nuclear ambitions.

Thursday’s attacks came as Shinzo Abe — Prime Minister of US ally Japan, a big importer of Iranian oil until Washington ratcheted up sanctions — was visiting Tehran with a message from Trump. Abe urged all sides not to let tensions escalate.

Oman and the UAE, which both have coastlines along the Gulf of Oman, did not immediately issue any public comment.

Saudi Arabia and the UAE, both majority Sunni nations with a long-running rivalry with predominantly Shia Iran, have previously said attacks on oil assets in the Gulf pose a risk to global oil supplies and regional security.

Bernhard Schulte Shipmanagement said the Kokuka Courageous was damaged in a “suspected attack” that breached the hull above the water line while transporting methanol from Saudi Arabia to Singapore. It said the ship was afloat and the crew safe with one minor injury reported.

Japan’s Kokuka Sangyo, owner of the Kokuka Courageous, said its ship was hit twice over a three-hour period. Taiwan’s state oil refiner CPC said the Front Altair, owned by Norway’s Frontline, was “suspected of being hit by a torpedo” around 0400 GMT carrying a Taiwan-bound cargo of 75,000 tonnes of petrochemical feedstock naphtha.