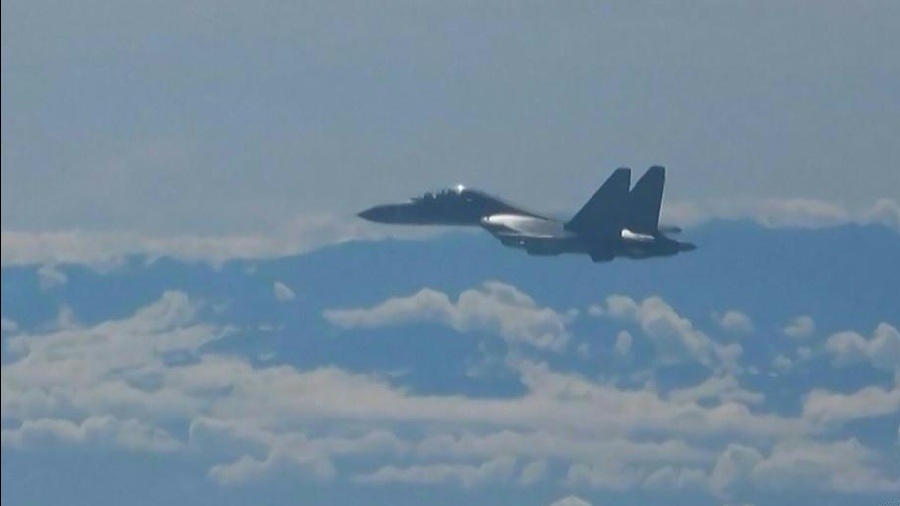 Taipei scrambled jets and deployed naval patrols in response to multiple Chinese military "craft" that were detected close to the island on Saturday.

The latest incident comes as China is conducting its biggest-ever military exercises in Taiwan Strait, in retaliation to US House Speaker Nancy Pelosi visiting the self-ruled island on Wednesday.

"Multiple batches of Communist planes and ships conducting activities around the Taiwan Strait, some of which crossed the median line," Taiwan's defense ministry said in a statement on Saturday, referring to an unofficial buffer between the two governments.

Chinese incursions have become more common since 2020, when Beijing declared it does not recognize the demarcation line.

China's military drills in the region are expected to continue until Sunday.

During a visit to the Philippines, US Secretary of State Antony Blinken defended Pelosi's trip as "peaceful" and called the subsequent Chinese military drills "totally disproportionate."

"So let me be clear, the United States doesn't believe that it's in the interest of Taiwan, the region, or our own national security to escalate the situation," he added.

"We'll keep our channels of communication with China open, with the intent of avoiding escalation due to misunderstanding or miscommunication."

On Saturday, Taiwanese state media also reported that an on official in charge of missile development had been found dead in his hotel room.

Ou Yang Li-hsing, deputy head of the military-owned National Chung-Shan Institute of Science and Technology, was in the southern city of Pingtung on a work trip.

The institute said the official had died of heart failure.

"Forensic examination found that the cause of death was myocardial infarction and angina pectoris," his employer said on Saturday morning.

Ou Yang had recently taken the position to supervise missile projects as the country looks to double its annual production this year.