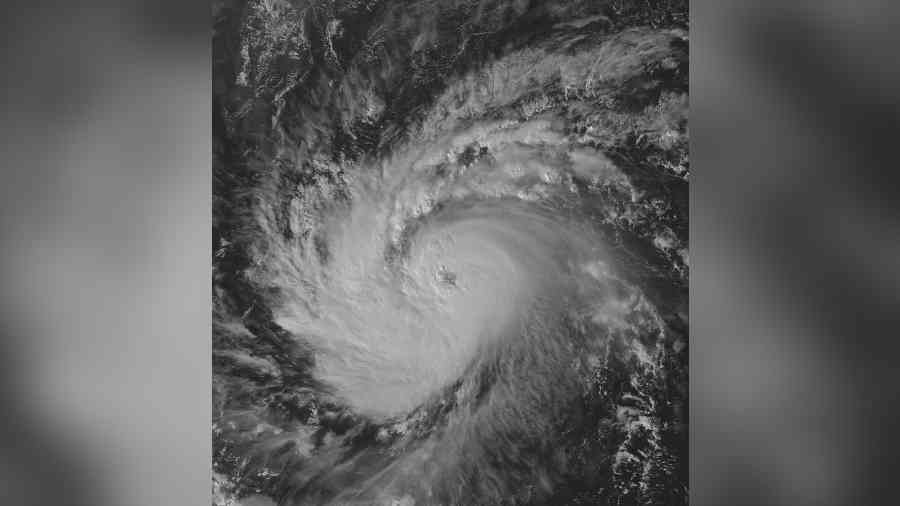 It was forecast to weaken as it headed north across a bay but still be at typhoon strength when it reaches Shanghai later in the night.
Representational picture
AP/PTI, Reuters   |   Beijing   |   Published 15.09.22, 12:44 AM

A strong typhoon made landfall on a group of Chinese islands on Wednesday as it headed towards the metropolis of Shanghai.

Typhoon Muifa hit the Zhoushan archipelago, near the port city of Ningbo on the country’s east coast, at about 8.30pm, China’s National Meteorological Centre said.

It was forecast to weaken as it headed north across a bay but still be at typhoon strength when it reaches Shanghai later in the night.

Heavy rain was already falling in the city of more than 20 million people.

The Hong Kong Observatory classified it as a severe typhoon with maximum sustained winds of 155km per hour.

All flights at Shanghai’s two main airports were cancelled and authorities were evacuating people from construction sites and other risky areas, according to Chinese media reports.

The typhoon had been expected to make landfall in the afternoon in Zhejiang province, but it shifted slightly eastward, keeping it at sea and putting it on track for a direct hit on Shanghai.

All flights were cancelled at Ningbo airport in Zhejiang and more than 11,000 fishing boats returned to port in the province, Chinese media said.

The requirement of a negative coronavirus test within 72 hours to enter buildings and other public areas in much of China was suspended in Ningbo, except at airports, train stations and highway entrances.

The storm’s latest track would take it through Jiangsu and Shandong provinces along China’s northeast coast after hitting Shanghai.

Chinese financial magazine Caixin reported that Muifa was the strongest typhoon in the Yangtze river delta in a decade, which meteorologists said was caused by this year’s unusually hot weather and high temperatures in the East China Sea.

Zhejiang authorities issued a “red warning” for flash floods in several areas and the national weather forecaster said there was a high risk of flooding of small and medium-sized rivers in northeast Zhejiang and waterlogging in eastern and northern Zhejiang.