The Amendment will have anti-corruption features, a key demand of the protesters 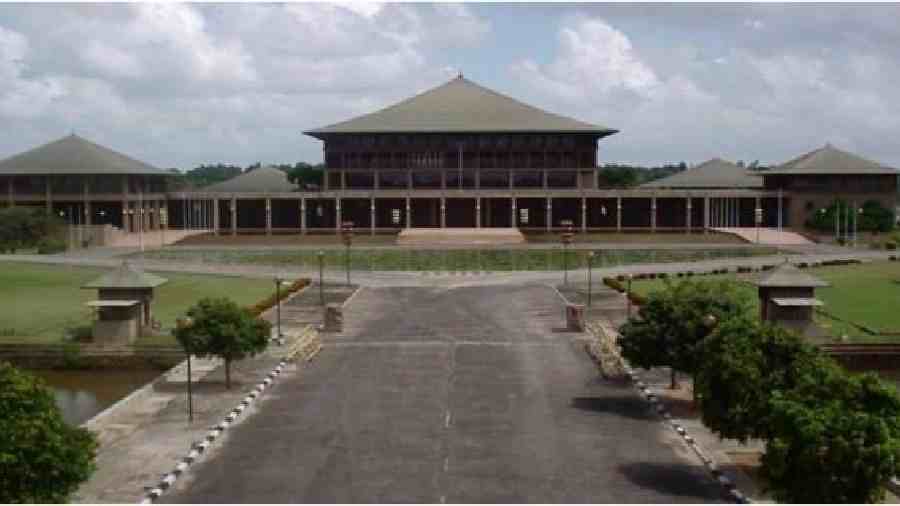 Sri Lankan lawmakers on Friday approved the much-anticipated 22nd Amendment to the Constitution, setting the stage for empowering the Parliament over the executive president.

An overwhelming 179 lawmakers in the 225-member assembly voted in favour of the amendment, thus breaching the barrier of 150 votes required for it to become a law.

The voting culminated in a two-day debate in the Sri Lankan Parliament on the constitutional amendment.

The draft bill on the 22nd Amendment was approved by the Cabinet and gazetted in August.

The 22nd Amendment was originally named 21A and was meant to replace the 20A.

The bill was introduced a couple of months back as a means to support stability in Sri Lanka and quell the unrest ignited by the nation's greatest financial crisis in decades.

The 22nd Amendment will have anti-corruption features, a key demand of the protesters.

It will restore powers of Parliament which were taken under the executive president by former president Gotabaya Rajapaksa through the 20th Amendment of 2020.

Rajapaksa had reversed the 19A which had empowered parliament over the presidency.

The 22nd Amendment seeks to empower independent commissions to depoliticise administration as part of the wide-ranging reforms required to the Constitution first adopted in 1978.

The adoption of the 22nd Amendment in Parliament is seen as a triumph for President Ranil Wickremesinghe, who had pledged constitutional reforms to appease the demand from the street protesters.

However, the opposition parties maintain their support was based on the need to formulate reforms, a key requisite to ensure Sri Lanka gained international support in handling the worst economic crisis in decades.

Sri Lanka's main Opposition Samagi Jana Balawegaya (SJB) on Thursday said that it will support the 22nd Amendment provided that no underhand revisions are sneaked in at the committee stage.

Sri Lanka is facing the worst economic crisis since independence in 1948, which has led to an acute shortage of essential items like food, medicine, cooking gas and fuel across the country.

The street protests had been triggered across the country over the poor handling of the economic crisis and the lack of accountability to it.