An overnight death toll of 812 people brought total fatalities in Spain to 7,340 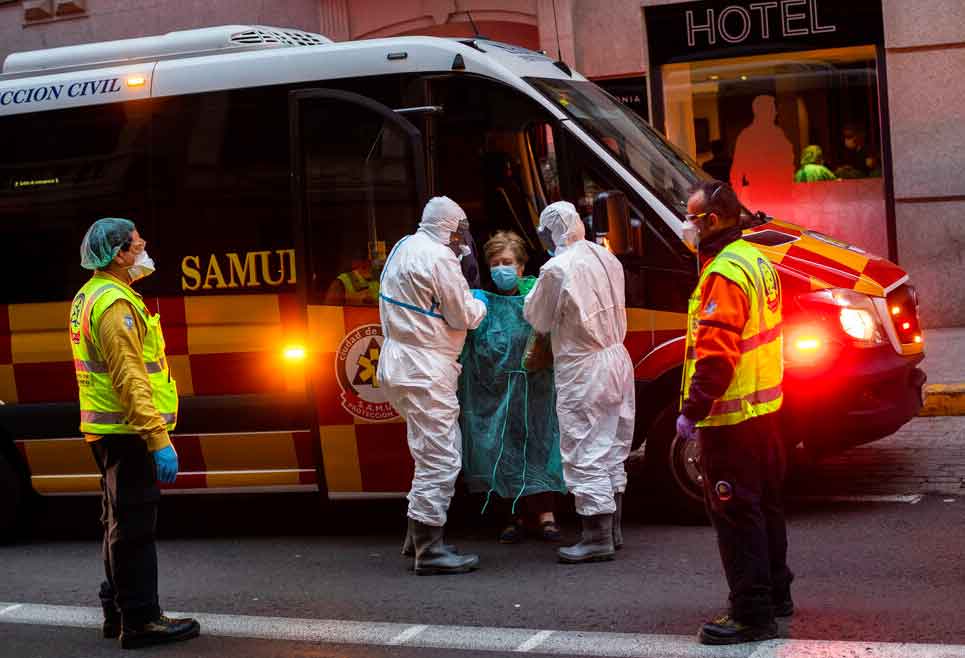 Spain overtook China’s total number of coronavirus cases on Monday but business leaders and regional authorities criticised the government’s decision to further restrict the movement of people and keep non-essential workers at home until mid-April.

Health emergency chief Fernando Simon, who has been holding daily briefings on the epidemic, has tested positive for the virus, his deputy said.

Maria Jose Sierra, who replaced Simon, said the daily infection increase had slowed since the introduction of lockdown measures to 12 per cent on average since March 25 from around 20 per cent in the March 15-25 period.

As Spain awoke to its third week of a nationwide lockdown — the strictest yet — flags flew at half-mast in the capital and the surrounding region, which has been the epicentre of the epidemic.

The government said it was imposing caps on funeral prices, following reports that undertakers were taking advantage of increased demand.