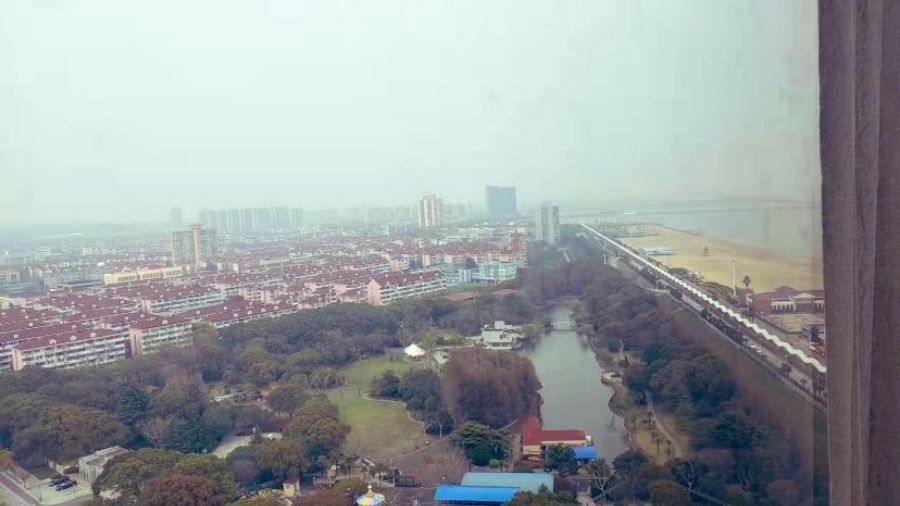 The major Chinese financial centre of Shanghai extended restrictions on transportation on Tuesday after a day of intensive city-wide testing saw new cases surge to more than 13,000, with no end to the lockdown yet in sight.

After originally taking a more piecemeal approach aimed at minimising economic disruptions, Shanghai imposed a two-stage lockdown last week as authorities struggled to contain what had become the city's biggest ever COVID-19 outbreak.

The lockdown was originally set to end on Tuesday in the city's western districts, but has now been extended until further notice.

Shanghai reported a record 13,086 new asymptomatic coronavirus cases on April 4, the city government said on its official WeChat channel on Tuesday, up from 8,581 the previous day, after a city-wide surveillance testing programme that saw more than 25 million people swabbed in 24 hours.

Symptomatic cases fell on Monday to 268, from 425 a day earlier. The proportion of official symptomatic infections remains far lower than the rest of the world, which experts have attributed to the city's proactive screening process.

At least 38,000 personnel have been deployed to Shanghai from other regions in what state media has described as the biggest nationwide medical operation since the shutdown of Wuhan in early 2020.

Authorities announced late on Monday that further restrictions would be placed on the city transportation networks from Tuesday, with more subway lines suspended.

Sun Chunlan, China's vice-premier in charge of the COVID-19 response, said during an inspection of testing sites in Shanghai on Monday that prevention and control work was now at a "critical point" and it was vital that every resident was tested.

As members of the public continued to express concerns about Shanghai's draconian measures, sharing videos across social media, Sun urged grassroots Party organisations to "do everything possible" to help residents solve their problems.

Analysts outside China have been warning about the economic costs of the country's unyielding campaign to curb infections.

"What is most striking in Shanghai is the difficulty that the authorities are having in managing logistics, particularly conditions in centralised quarantine facilities," said Michael Hirson, China analyst with the Eurasia Group consultancy.

"Given that Shanghai has a highly capable government, current problems pose a warning for local governments across China where capacity is not as high and major outbreaks could stretch resources further to the limits," he added.

Nationwide, China reported 1,235 confirmed coronavirus cases for April 4, down from 1,405 a day earlier, including 1,173 local transmissions. The number of new asymptomatic cases stood at 15,355, compared with 11,862 a day earlier.