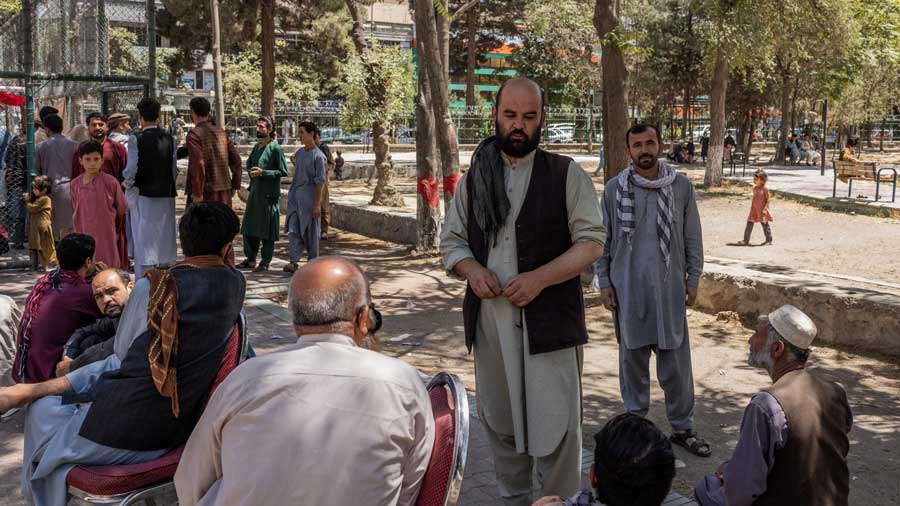 The Committee to Protect Journalists (CPJ) has said the US has a special responsibility to do more to ensure the safety of vulnerable Afghan journalists, including providing emergency visas, emphasising that understanding what is happening in Afghanistan will depend on the survival of what was once a thriving independent press.

In a press statement on Monday, CPJ said that it is deeply concerned for the safety of hundreds of local journalists and media workers who could be targeted by the emerging Taliban regime.

Last month, the Taliban killed Pulitzer Prize-winning Indian photojournalist Danish Siddiqui, who worked for the Reuters news agency, while he was covering a clash between the Taliban and Afghan security forces in southern Kandahar province.

Taliban insurgents swept Kabul on Sunday after the US-backed Afghan government collapsed and President Ghani fled the country, bringing an unprecedented end to a two-decade campaign in which the US and its allies had tried to transform the war-ravaged nation.

According to Khaama news, since the Taliban entered Kabul, Afghanistan National Radio and Television RTA stopped its live broadcasting and the staff was sent home, the security guards of Shamshad TV and TOLO TV were disarmed and the latter has no live broadcast and programmes.

The Taliban claim to be in charge of securing the facilities of the channels thus, there is no need to keep armed guards at gates, the news report said.

CPJ said that the US must do more to ensure the safety of Afghan journalists as the county falls under the control of the Taliban, including facilitating safe passage out of the country and providing emergency visas.

The United States has a special responsibility to Afghan journalists who created a thriving and vibrant information space and covered events in their country for international media, said CPJ Executive Director Joel Simon.

The international community's understanding of what is happening in Afghanistan will depend on the survival of what was once a thriving independent press, even if much of the reporting takes place from exile, Simon said, adding the local knowledge of Afghan journalists cannot be replaced."

He said that the Biden administration can and should do all within its power to protect press freedom and stand up for the rights of the vulnerable Afghan reporters, photographers, and media workers.

The statement said that Afghan journalists working with leading US publications- The New York Times, The Washington Post, and The Wall Street Journal- have been unable to board a flight out of the country.

CPJ is an American independent non-profit, non-governmental organisation, based in New York, with correspondents around the world. It promotes press freedom and defends the rights of journalists.

The organisation has registered and vetted the cases of nearly 300 journalists who are attempting to reach safety, and there are hundreds more whose cases are under review, the statement said.

Due to the deteriorating security situation at the Kabul airport, only a handful have been able to board a flight to the US or a third country where their visa requests can begin being processed. The vast majority of threatened journalists remain in hiding, it said.

CPJ has long advocated globally for emergency visas for journalists at risk precisely to avoid temporary or improvised responses when new threats emerge.

Till now, the organisation has registered and vetted 45 high priority cases of Afghan journalists in which the threat from the Taliban is clear and imminent.

Many are female journalists whose record of reporting on women's rights has exacerbated the risk. The organisation has also registered and vetted 127 other cases of Afghan media members who face significant risk, along with 119 journalists affiliated with US news organisations, the statement said.

CPJ's list of cases does not take into account family members who would also be eligible for relocation. Over the last 24 hours, it has received an additional 475 email requests for assistance, which are undergoing review.

In Afghanistan, at least 53 journalists have been killed since 2001, and five were killed last year alone, it said.

The statement said that requests for help from Afghan journalists have been coming into CPJ since the start of the year and have increased as the US and NATO troop withdrawal drew nearer and Taliban militants expanded control over the country.