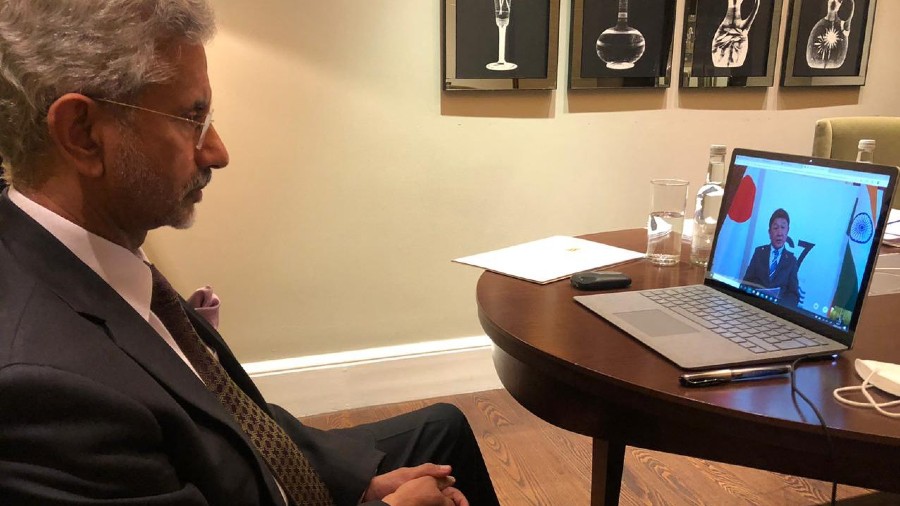 External Affairs Minister S Jaishankar on Thursday arrived here in Bangladesh on a brief official visit during which he will call on Prime Minister Sheikh Hasina and hold bilateral talks with his Bangladeshi counterpart.

He was received at the Bangladesh Air Force Base Bangabandhu by Foreign Minister A K Abdul Momen. It is learnt that Jaishankar's half-day official visit to Bangladesh is aimed at preparing the grounds for a visit to India by Prime Minister Hasina.

The two countries are expected to fix the date of the 7th Bangladesh-India Joint Consultative Commission (JCC) meeting, which is scheduled to take place in New Delhi. During his visit, Jaishankar will call on Prime Minister Hasina and handover an invitation to her on her Indian counterpart Narendra Modi's behalf to visit New Delhi, officials here said.

He is scheduled to call on Prime Minister Hasina at her Ganabhaban official residence to handover the invitation letter, an event which will be followed by a meeting with his Bangladesh counterpart Momen at Foreign Service academy, the official said. Momen would also host an Iftar followed by dinner in Jaishankar's honour at the academy.

Jaishankar's last visit to Bangladesh was in March last year. In New Delhi, the Ministry of External Affairs (MEA) said in a statement that the visit of the external affairs minister to Bangladesh may be seen in the context of frequent bilateral high-level visits and exchanges particularly as both sides commemorate 50 years of the establishment of diplomatic ties.

Hasina last visited New Delhi in 2019 to attend the Indian Economic Summit of the World Economic Forum (WEF) when she also had bilateral talks with her Indian counterpart.

Modi, on the other hand, visited Bangladesh on March 26-27 last year at Hasina's invitation to join golden jubilee celebration of the country's independence, birth centenary of Bangladesh's Father of the Nation Bangabandhu Sheikh Mujibur Rahman and the 50th years of establishment of Bangladesh-India diplomatic relations.

President Ram Nath Kovind also paid a state visit to Dhaka from December 15-17 last year at the invitation of his Bangladesh counterpart Abdul Hamid to attend the 50th victory day celebration of Bangladesh.