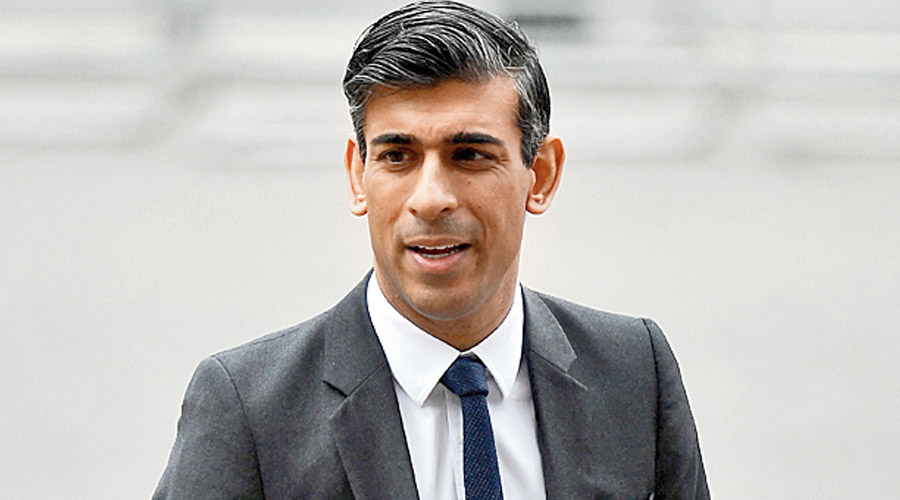 Rishi Sunak pledged to work "night and day" for the best country in the world as the election campaign to take over from Boris Johnson as the Conservative Party leader and the new British Prime Minister entered its final stage on Wednesday, with the very last hustings event set for London.

Sunak reiterated his vision statement as the first British Indian to run for the top job at 10 Downing Street ahead of the final campaign event scheduled at a popular concert venue in Wembley on Wednesday evening.

The former Chancellor will go head-to-head with his rival Foreign Secretary Liz Truss for one last time as they fight it out for any remaining Tory members yet to cast their ballots before voting closes on Friday evening.

The 42-year-old former finance minister, who has focussed his campaign message on the urgency of getting a grip on inflation and countered 47-year-old Truss' claims that tax cuts are the answer to address the cost-of-living crisis crippling the UK economy, made a last-ditch effort to drive home his consistent, clear and honest vision.

"Britain is the best country in the world to grow up in, start a family and build a business, and our future looks bright. But we can only get there if we tackle the challenges we face in the short term head-on with honesty and a credible plan," said Sunak, in a statement released by his Ready4Rishi campaign team on Tuesday night.

"I have the right plan, rooted in Conservative values, and I have been consistent, clear and honest throughout this contest that we must fix inflation first. Only by supporting people through this winter and gripping inflation can we lay the foundations for growth and prosperity for lower taxes, a better NHS and a healthy economy making full use of our Brexit freedoms," he said.

"That's my vision for Britain, and I'll work night and day to deliver it for the party and country I love," he added.

Sunak is looking to make history as Britain's first Prime Minister of Indian-origin and has the overwhelming support of the Indian diaspora, many of whom have already voted in his favour as Conservative Party members.

After a dream run in the initial stages of the contest when his fellow members of Parliament voted resoundingly to elect him as one of two finalists, Sunak has been trailing in the surveys and bookie's odds since the campaign widened to the Conservative Party membership across the country.

A fiercely loyal base of Johnson supporters who see Sunak as having triggered his early exit from Downing Street by resigning as the Chancellor in early July and Truss' tax cutting pledge seem to be the dominating factors that have gone against the UK-born Indian-origin MP for Richmond in Yorkshire.

However, Sunak and his team have expressed optimism throughout the campaign and insisted that he would fight till the end for what he believes is the right vision for the country.

After a series of hustings events since last month, the voting in the leadership election will officially close at 1700 local time on Friday. By then, an estimated 160,000 Tory voters should have registered their ballots either by post or online.

"I am proud of the strong slate of candidates we've had for this contest, the most diverse range of candidates for any leadership election in British history, showing once again the Conservatives are the party of meritocracy," said Conservative Party Chairman Andrew Stephenson, overseeing the election process.

The result of the ballot for a new Tory leader is set to be announced on Monday, with the winner going on to address his or her first Prime Minister's Questions (PMQs) in the House of Commons next Wednesday.