Proton Technologies: We will support European authorities in their investigations upon receiving a legal request 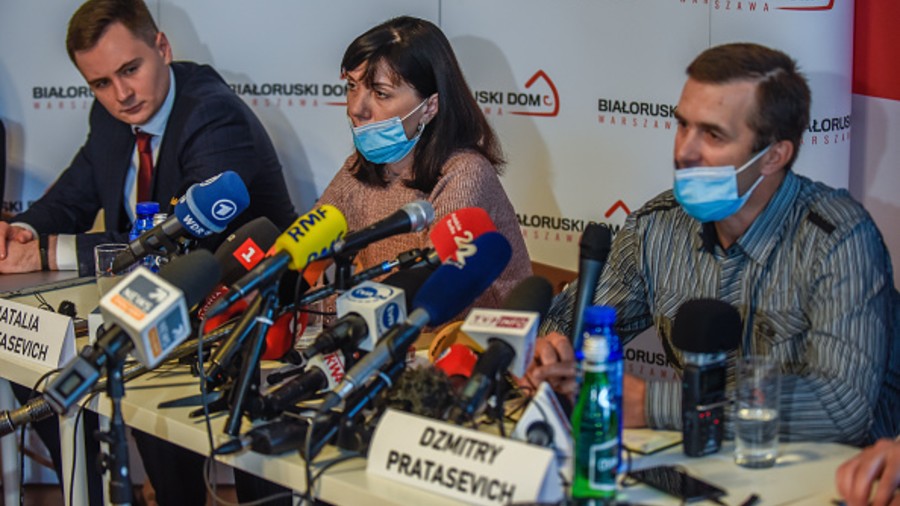 Natalia and Dzmitry Protasevich, the parents of Belarusian journalist Roman Protasevich, at a news conference in Warsaw on Thursday.
Getty Images
Reuters   |   Washington   |   Published 28.05.21, 01:02 AM

A bomb threat cited by Belarusian authorities as the reason for forcing a Ryanair jetliner carrying a dissident journalist to land in Minsk was sent after the plane was diverted, privacy-focused email provider Proton Technologies AG said on Thursday.

The Belarusian authorities said they ordered the plane, which was in Belarusian airspace on its way from Greece to Lithuania, to land in the Belarusian capital on Sunday because of a bomb threat from the Islamist militant group Hamas.

Journalist Roman Protasevich and his girlfriend Sofia Sapega were arrested when the plane landed.

Hamas denied having any knowledge or connection to any bomb threat, and European leaders have accused Belarus of state-sponsored piracy.

On Wednesday, the London-based research group Dossier Center published what it said was an email carrying the purported Hamas threat. The email was sent 24 minutes after the Belarusian authorities warned the plane’s crew there was a bomb threat, it showed.

The email’s timing was first reported by the Daily Beast and Newlines magazine .

Proton declined to comment on specifics of the message but confirmed it was sent after the plane was diverted.

“We haven’t seen credible evidence that the Belarusian claims are true,” the Swiss company said in a statement. “We will support European authorities in their investigations upon receiving a legal request.”

European leaders are drawing up new sanctions against Belarus over Sunday’s incident.

Ireland will call on the UN International Civil Aviation Organisation to conduct an impartial probe into the “forced landing” of a Ryanair jet in Minsk at a meeting of the council, its transport minister said.

But Europe’s aviation regulator said on Wednesday that Belarus’s actions had also cast doubt on its ability to provide safe air navigation, and some international officials are pushing for an investigation close to the type seen when a plane crashes or something goes technically wrong.

“What we’ll be looking for is an investigation under Article 55e of the Convention of the Council and my understanding is that this would be the first such investigation,” Eamon Ryan said.