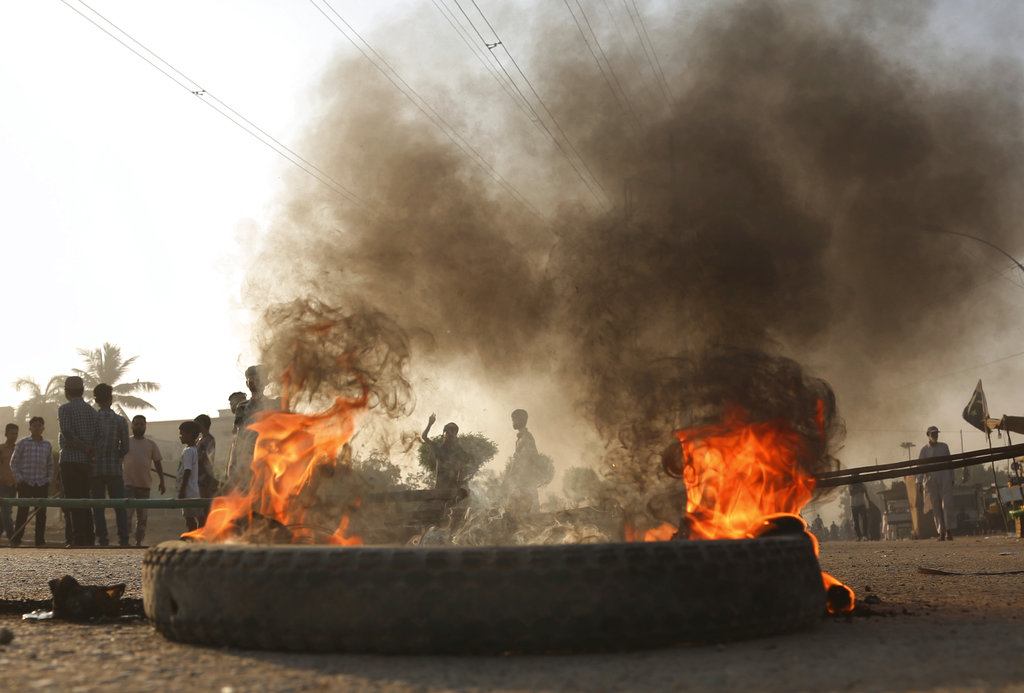 Pakistani protesters burn tires while blocking a main road in Karachi on Thursday after the court decision in Asia Bibi's favour.
AP
AP   |   Islamabad   |   Published 01.11.18, 06:58 AM

A Christian woman acquitted in Pakistan after eight years on death row for blasphemy plans to leave the country as radical Islamists mount rallies against her.

Asia Bibi’s brother says she will leave Pakistan after her formal release from an undisclosed place where she's being held for security reasons.

Asia Bibi's brther James has said she is not safe in Pakistan.
AP
Advertisement

James Masih says his sister isn’t safe in Pakistan and that paper work for her release and departure to an unspecified country is being processed. Masih wouldn’t say where Bibi plans to go. France and Spain have offered asylum.

Her acquittal raised fears of violence as religious extremists hold angry protests over the verdict, blocking roads and rallying for the second day on Thursday against her acquittal.