China’s Global Times, in an editorial, called on the US to present the evidence 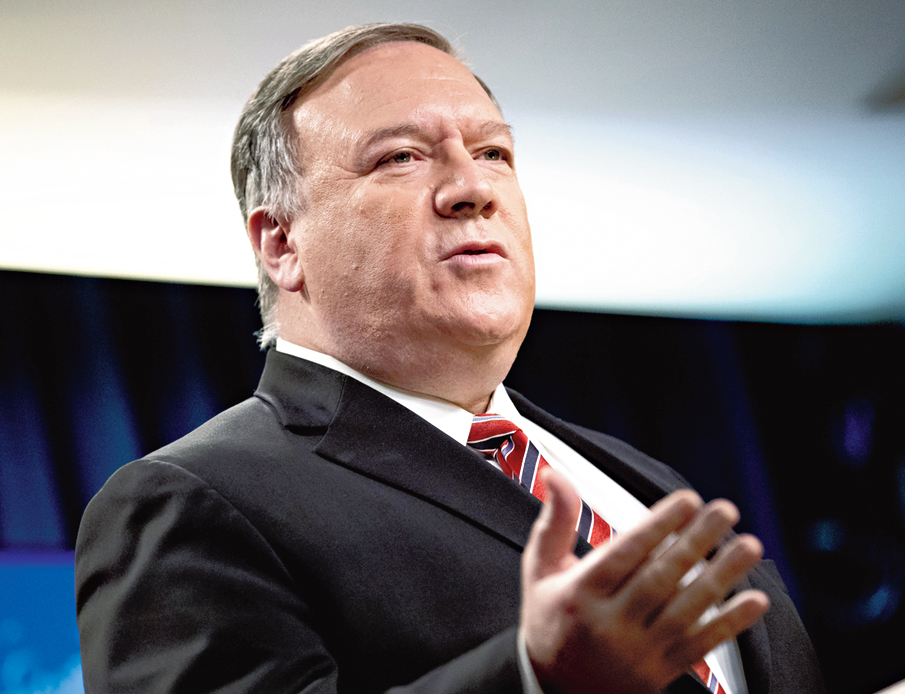 Secretary of state Mike Pompeo said on Sunday there was “a significant amount of evidence” that the new coronavirus emerged from a Chinese laboratory, but did not dispute US intelligence agencies’ conclusion that it was not man-made.

“There is a significant amount of evidence that this came from that laboratory in Wuhan,” Pompeo told ABC’s This Week, referring to the virus that emerged late last year in China and has killed about 240,000 people around the world, including more than 67,000 in the US.

Pompeo then briefly contradicted a statement issued last Thursday by the top US spy agency that said the virus did not appear to be man-made or genetically modified. That statement undercut conspiracy theories promoted by anti-China activists and some supporters of President Donald Trump who suggest it was developed in a Chinese government biological weapons laboratory.

“The best experts so far seem to think it was man-made. I have no reason to disbelieve that at this point,” Pompeo said.

When the interviewer pointed out that was not the conclusion of US intelligence agencies, Pompeo backtracked, saying: “I’ve seen what the intelligence community has said. I have no reason to believe that they've got it wrong.”

China’s Global Times, run by the ruling Communist Party’s official People’s Daily, said in an editorial responding to Pompeo’s Sunday interview that he did not have any evidence the virus came from the lab in Wuhan and that he was “bluffing”, calling on the US to present the evidence.

“The Trump administration continues to engage in unprecedented propaganda warfare while trying to impede global efforts in fighting the Covid-19 pandemic,” the editorial said.

Thursday’ report from the Office of the Director of National Intelligence said it concurred with “the wide scientific consensus” that the disease was not man-made.

US officials familiar with intelligence reporting and analysis have said for weeks that they do not believe Chinese scientists developed the coronavirus.

Rather, they have said they believe it was either introduced through human contact with wildlife at a meat market in Wuhan, or could have escaped from one of two Wuhan government laboratories.

Pompeo said on Thursday it was not known whether the virus came from the Wuhan Institute of Virology, a meat market, or somewhere else.

Trump said the same day that he was confident it may have originated in a Chinese virology lab, but he declined to describe the evidence.