The country has been an EU candidate since 2005, but is still waiting for the start of membership talks with the bloc 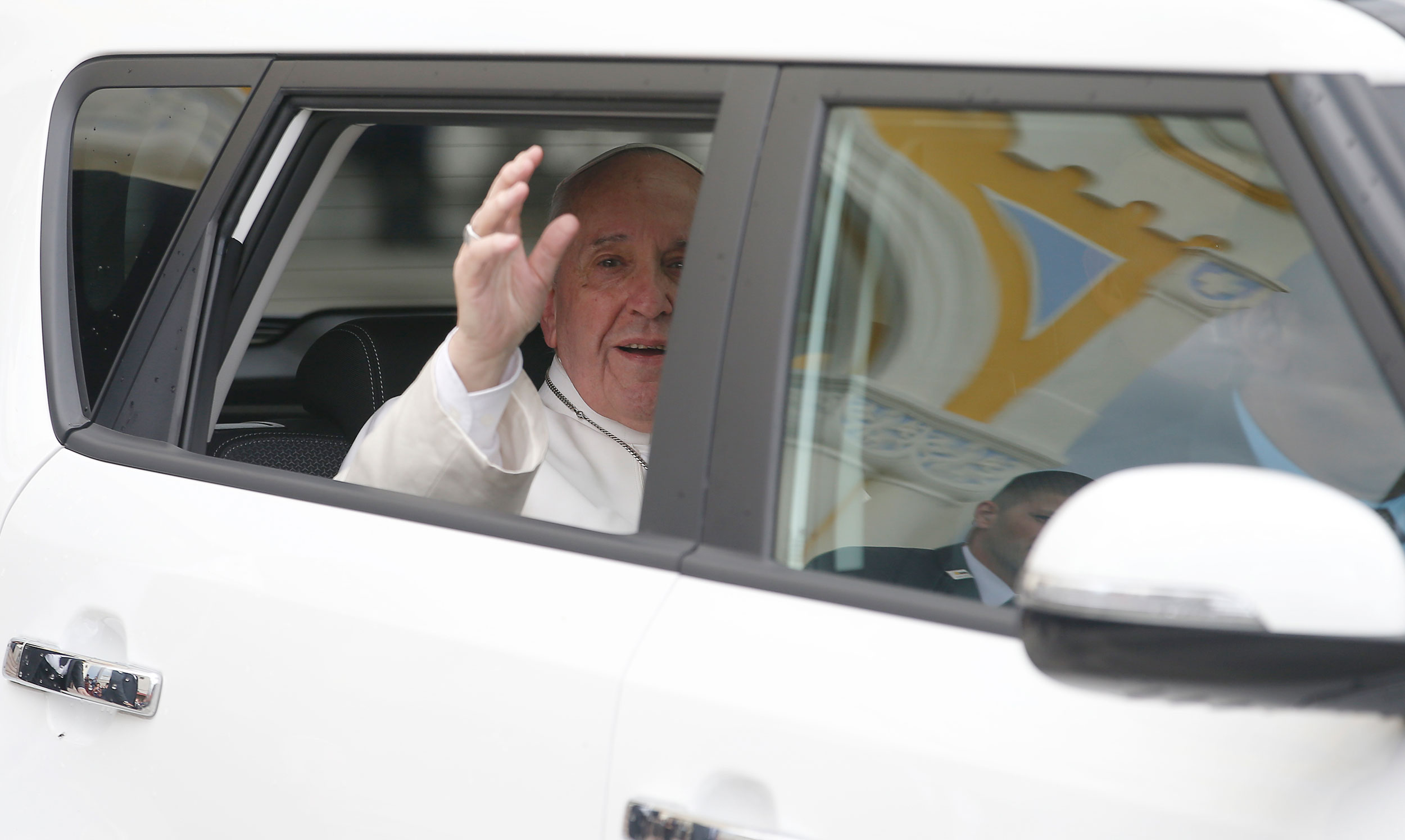 Pope Francis arrived in North Macedonia on Tuesday for the first-ever papal visit to the Balkan nation, seeking to encourage the recently renamed country to press ahead with efforts to integrate with European institutions.

His arrival comes in the wake of the resolution of a decades-long name dispute with Greece and the election of a pro-EU president.

After landing at Skopje's airport, Francis went by car — a typically small Volkswagen Jetta — for talks with outgoing President Gjore Ivanov. He is due to address government authorities and then pray at the memorial of perhaps North Macedonia's most famous native, Mother Teresa.

Viktor Dimovski, North Macedonia's foreign ministry state secretary, told reporters on Monday that the visit was historic and comes at a crucial moment as North Macedonia seeks entry into the European Union and NATO.

'The pope's visit strengthens further internal cohesion and unity, and brings messages of reconciliation and solidarity,' he said.

North Macedonia's previous constitutional name was the Republic of Macedonia. The name change took effect in February as part of an agreement to end an almost three-decade long dispute with neighbouring Greece, which blocked the former Yugoslav republic's path to membership in NATO and the EU over rights to the Macedonia name.

Francis is likely to encourage the process of integration, as well as North Macedonia's inter-ethnic and interfaith coexistence.

The country has been an EU candidate since 2005, but is still waiting for the start of membership talks with the bloc. With the name dispute now resolved, North Macedonia hopes to get a clear signal for the start of accession talks in June, while it expects to become the 30th NATO member at the end of this year.

But the country is deeply polarised between the governing Social Democrats, as supporters of the name deal, and the opposition VMRO-DPMNE conservatives, fierce opponents of the name change.

Stevo Pendarovski, who was elected president in a runoff election last weekend, said he saw his victory as a 'ticket for NATO and EU'.