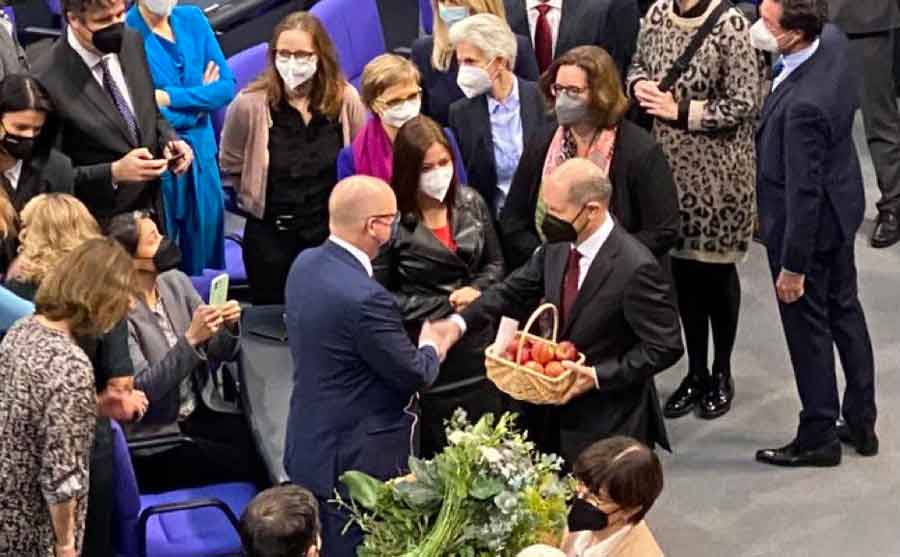 Social Democrat Olaf Scholz was sworn in as German chancellor on Wednesday, ending Angela Merkel’s 16 years of conservative rule and paving the way for his coalition government that has promised to boost green investment and strengthen European unity.

Scholz, 63, who over the past four years served as vice- chancellor and finance minister in coalition with Merkel, won a majority of 395 votes from lawmakers in the lower house of parliament, Bundestag, President Baerbel Bas said.

Wearing a black face mask, Scholz waved as he received a standing ovation from lawmakers and accepted bouquets of flowers and a basket of apples from lead-ing members of parliament.