Advertisement
Home / World / New security treaty by US, UK and Australia ‘a gain for India’

New security treaty by US, UK and Australia ‘a gain for India’

The pact, with the acronym Aukus (standing for the three countries), was announced in a joint video conference by Joe Biden, and the PMs of UK and Australia 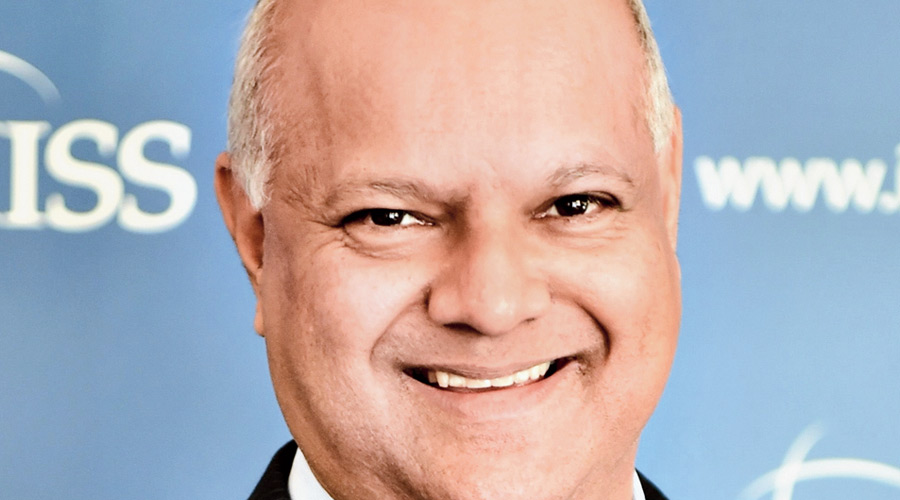 The implications for India over the new security treaty announced by the US, the UK and Australia, under which Australian nuclear-powered submarines will combat the growing threat of China, have been spelt out exclusively by Rahul Roy-Chaudhury, widely recognised as one of the leading experts on the subject.

The treaty, with the acronym Aukus (standing for the three countries), was announced in a joint video conference by President Joe Biden, and the Prime Ministers of the UK and Australia, Boris Johnson and Scott Morrison, respectively.

Roy-Chaudhury, senior fellow for South Asia at the International Institute for Strategic Studies (IISS) in London, told The Telegraph: “Aukus is a welcome development for India in three ways: it represents a significant shift in US and UK foreign policy towards the Indo-Pacific region; signals a renewed commitment and credibility to the region by US and UK armed forces that is being questioned after their disastrous withdrawal and botched evacuation from Kabul airport; and represents substantive defence capability cooperation among the three countries.”

“Moreover, Aukus represents two of India’s closest strategic partners (the US and Australia) and a prospective ‘comprehensive strategic partner’ (the US); although there will be some disappointment in New Delhi that France, India’s strongest defence partner in Europe, has been ‘snubbed’,” he added.

But he said: “Nonetheless, cooperation among the Quad grouping of India, the US, Australia and Japan is simultaneously being ‘ramped up’ through the first ‘face-to-face’ leaders’ summit in Washington next week (September 24), following Prime Minister Modi’s scheduled visit to New York to address the UN General Assembly.

“The central although unstated rationale for Aukus is China’s assertiveness towards countries in the South China Sea and the Indo-Pacific (including India). Whereas US apprehensions towards China have been clear for some time, with Australian concerns made public more recently, Aukus represents the UK’s first substantive defence pact in the Indo-Pacific region after the publication of its post-Brexit Integrated Review and Defence Command Paper in March 2021.

“Although India was identified as a ‘key pillar’ for the UK in the Indo-Pacific region, and China described as the ‘biggest state based threat’ to the UK’s economic security, the UK had also sought to engage China at multiple levels, including on economic and climate change issues.

“The latter had raised suspicion within India’s powerful security establishment of the UK’s ‘intent’ towards China. Aukus will now represent a significant step in assuaging New Delhi’s perceptions, essential if the new defence and security component of the India-UK Roadmap to 2030, released by both Prime Ministers virtually on May 4, 2021, is to be implemented. The new UK foreign secretary, Liz Truss, well known and respected by India’s ministerial and trade officials, will now lead on implementing this roadmap.”

“Although India will not seek to join Aukus, nor will it be invited to do so, it nonetheless represents a significant opportunity to deepen bilateral defence and security relations with the UK, including through ‘Quad +1’ arrangements.”

China’s embassy in Washington accused the countries of a “Cold War mentality and ideological prejudice”.

It was 5pm and 10pm in Washington and London respectively on Wednesday while it was 5am on Thursday in Australia.

Morrison made it clear Australian nuclear powered submarines, to be built in Adelaide with US and UK help, will not carry nuclear weapons.

Australia will become just the seventh nation in the world to operate nuclear-powered submarines, after the US, UK, France, China, India and Russia. None of the three leaders mentioned China, but there was no doubt that the initiative was a response to China’s expansionist drive in the South China Sea.