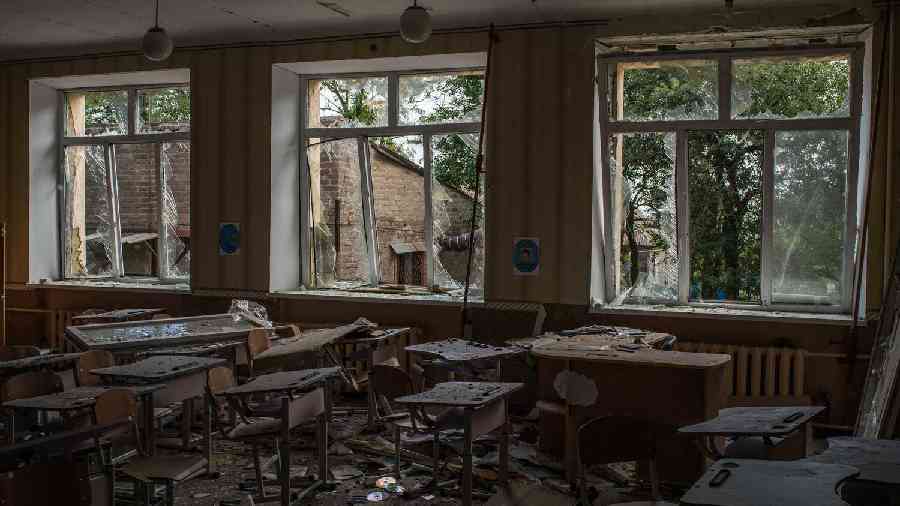 A string of explosions rocked Ukraine’s southern city of Odesa on Saturday, hitting one of the country’s most important ports less than 24 hours after a deal was signed to secure the transit of millions of tons of grain through Black Sea routes.

The strikes risk undermining the deal, brokered by the United Nations and Turkey, to facilitate the shipping of Ukrainian grain before it could even be put into action.

The deal was seen as critical for shoring up global supplies after a steep drop in Ukrainian grain exports raised fears of food shortages in poorer nations. But Biden administration officials expressed skepticism on Friday that Russia would follow through on its commitments to allow safe passage of ships through the Black Sea.

“Russia’s word is never good enough on its face. It really comes down to the willingness to actually implement,” John Kirby, a White House national security spokesman, told reporters. “We’re cleareyed about this, and we’re going to be watching very closely.”

It was unclear whether any grain infrastructure was hit, but the damage appeared to be extensive in the Odesa port, one of six large ports in the region.

Anton Gerashchenko, an adviser to Ukraine’s interior minister, said that Russian strikes had caused 10 explosions in Odesa, and that the strikes on the port had caused a fire.

“In light of grain agreement a logical question arises — who will ensure safety of grain ships in Odesa ports if Russia continues strikes, and how will it be done?” Mr. Gerashchenko wrote on his public channel on the Telegram social media app.

“This is how Russia fulfills its responsibility to guarantee secure export of Ukrainian grains,” he wrote, placing the blame on President Vladimir V. Putin of Russia. “Now not only the West but China and other countries that Putin was counting on to relieve pressure from sanctions know that you cannot trust Putin at all, not an ounce,” he added.

The explosions in Odesa followed an overnight barrage of missiles that hit several cities across Ukraine. At least three cities reported strikes, with injuries and deaths in at least one of them, local officials said.