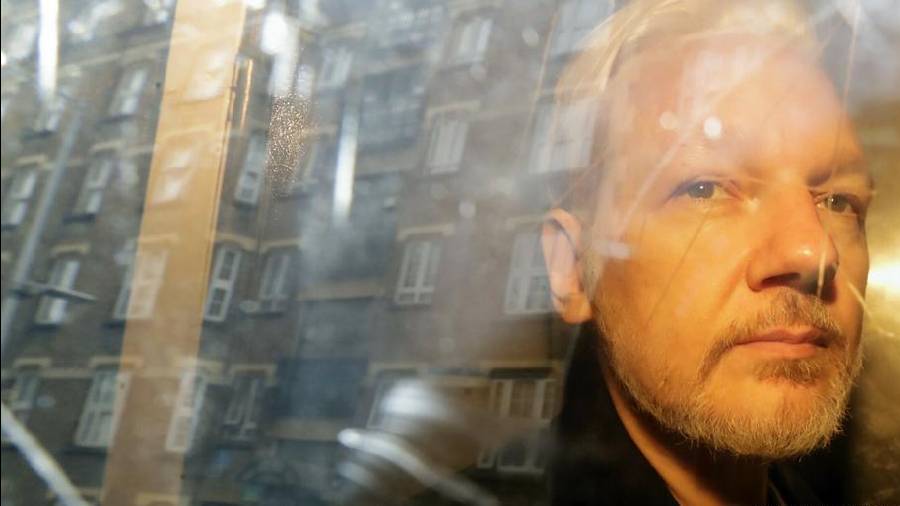 Julian Assange is currently being held in UK's Belmarsh prison, where he awaits extradition to the US
Deutsche Welle
Deutsche Welle   |   Published 11.08.22, 12:27 PM

Assange is wanted in the United States on 18 criminal charges, including espionage, for publishing classified documents that detailed war crimes. If he is extradited, he could be sentenced to up to 175 years in prison.

"This is the most dangerous attack on press freedom globally because it is the United States that is going after a foreign journalist working abroad, publishing abroad," Assange's wife told DW's Birgit Maas.

The South African-born lawyer called on other Western governments to push back against the extradition of her husband, who is an Australian citizen detained in the United Kingdom.

"It will define the scope of press freedom in Europe. Is it permissible for a foreign power to reach into the European space and limit what the press can publish?" she added.

"Think about if China were to do exactly the same thing and prosecute a journalist in Germany on the same principle because that journalist exposed Chinese crimes against humanity. The premise is complete insanity and it cannot stand."

What's next for Julian Assange?

Assange is being held in Belmarsh prison. He plans on appealing both the US and UK government decisions to extradite him at the High Court in London.

"But ultimately, once the domestic remedies have been exhausted in the UK, he can then appeal to the European Court of Human Rights," Assange's wife said.

However, the current Conservative government is looking to pass reforms that would override the jurisdiction of the ECHR in the UK.

"We're very concerned that they might be accelerating the reform of the Human Rights Act in order to weaken the European court," she added. "That is happening very quickly with a view to maybe interfering with a potential positive ruling from the European Court that could block this extradition."

A matter of life or death?

Assange's life depends on him winning his extradition battle, his wife said.

The two met while Assange sought refuge inside the Ecuadorian embassy in London for seven years. They now have two sons together and married this year during prison visiting hours.

She said that since being detained in the UK's Belmarsh prison, Assange has become clinically depressed and could be driven to suicide if he is extradited to the US and placed in isolation.

His physical health has also deteriorated, having reportedly suffered a ministroke in October.

"So just even if the press freedom reasons were not taken into consideration, even if you didn't take into consideration that the US government had plotted to assassinate him... Purely on humanitarian grounds, the way Julian is being treated and what awaits him is so barbaric that the extradition should be blocked."