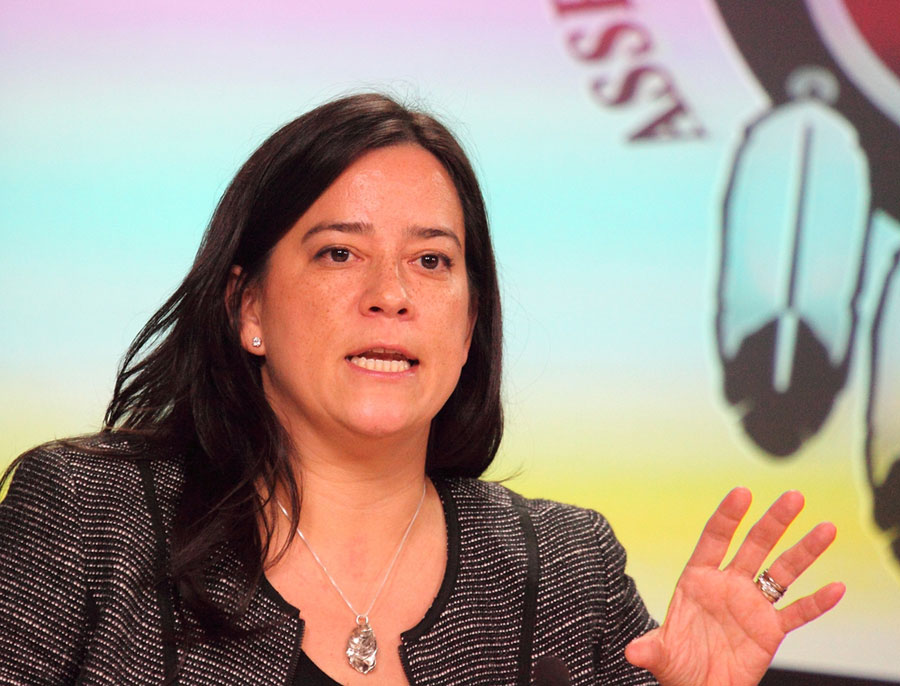 Veterans Affairs Minister Jody Wilson-Raybould released a letter announcing her resignation. She had been demoted from the post of justice minister last month.

The Globe and Mail newspaper reported last week that Trudeau or his staff pressured her to arrange a deal with Montreal-based SNC-Lavalin that would let it avoid criminal prosecution on allegations of corruption involving government contracts in Libya.

Wilson-Raybould said she has hired a former Supreme Court justice to advise her on what she can say publicly about the matter. The statement did not offer a reason for her departure.

Her resignation is a potential blow to Trudeau as he faces re-election this year. He has denied directing Wilson-Raybould to arrange such a deal.

On Monday, Trudeau said that he'd told Wilson-Raybould previously that any decision on the subject was hers alone. Trudeau also said her continued presence in cabinet should speak for itself.

She quit a day later.

'Regardless of background, geography, or party affiliation, we must stand together for the values that Canada is built on,' Wilson-Raybould said in her statement.

The Globe and Mail reported Trudeau's office pressured her to instruct the director of public prosecutions — as allowed by law — to negotiate a remediation agreement with SNC-Lavalin.

The agreement would have allowed the company to pay reparations but avoid a criminal trial on charges of corruption and bribery.

If convicted criminally, the company would be banned from receiving any federal government business for a decade. SNC-Lavalin is a major employer in Quebec and has about 50,000 employees worldwide.

On Monday, Canada's ethics commissioner announced an investigation into the allegation.

Wilson-Raybould became Canada's first Indigenous justice minister when Trudeau appointed her to the post in 2015.