Recent protests have been largely led by women, although with significant support from some men 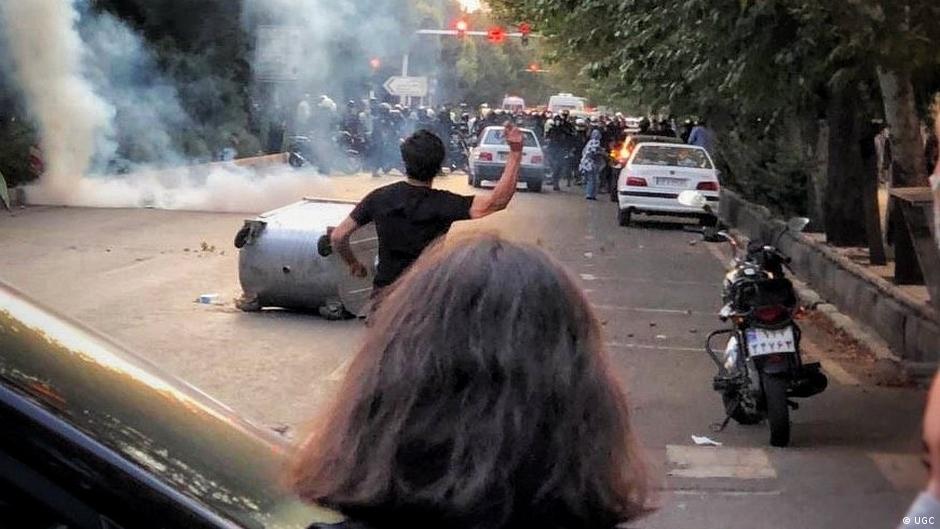 Images and videos of protests in around have made their way online despite an internet blackout
Deutsche Welle
Deutsche Welle   |   Published 24.09.22, 08:33 PM

Iranian President Ebrahim Raisi said on Saturday that authorities must "deal decisively" with the protests that broke out across the country following the death of a young Kurdish woman in police detention.

The country has seen some of its biggest protests in years. They originally broke out last week at the funeral of 22-year-old Mahsa Amini who protesters believe was killed by Iran's morality police who enforce hijab rules on women's dress.

Raisi said on Saturday that Iran must "deal decisively with those who oppose the country's security and tranquility."

He was quoted by the state-run news agency IRNA while he was on a call with the family of a member of a voluntary Basij unit who was allegedly killed by protesters.

Returning from the UN Assembly in New York, Raisi said that "normal" protests should be permitted but that "riots" could not be allowed.

How has Iran responded to the protests so far?

The recent protests have been largely led by women, although with significant support from some men.

They accuse the morality police of using violence against Amini, who was arrested on September 13 for violating the country's strict Islamic dress code.

The government responded to the protests by hundreds of thousands of people across multiple cities by severely limiting internet connectivity and organizing their own pro-government marches.

Despite the internet blackout, videos of protests have made their way onto social media, with several showing burning barricades in the street, or young women demonstrably walking around without wearing a headscarf.

Iran has claimed that the protests are orchestrated by foreign enemies and Iranian exile groups. Official sources have said that 35 people have been killed in the protests, but activists say the number is at least 50.

The last major outbreak of protests in 2019 was met with a severe government crackdown in which roughly 1,500 people were killed.

Iranian news reported on Saturday that alone in the northern province of Gilani, 739 protesters had been arrested.

Authorities further antagonized protesters on Saturday by claiming that Amini had not been killed by the morality police.

Interior Minister Ahmad Wahidi said that the autopsy had provided no evidence that the police were to blame.

"The medical examinations and those of the forensic department show that there was neither beating nor a fractured skull," state media quoted him as saying.

Amini's father rejected the claims made by Wahidi saying that she had not had any heart problems and so could not have died from heart failure as police reported.